Santorini is one of the most beautiful places in the world, and it’s also one of the most photographed. Thanks to the Internet, we’ve seen Santorini captured in more photos and video than perhaps any of the other Greek islands, so the most difficult challenge for any filmmaker documenting the crown jewel of Greece is to try and show the viewer something they’ve never seen before. It’s a tall order, but two filmmakers have done just that.

In his 2013 film PHENOMENON, Greek-German director Efthimis Kosemund Sanidis shows us an entirely new side of Santorini. He describes the 9-minute short art film as follows: “Absorbing nature, deconstructing it and trying to glue it back together, transforming it to art. The work of a performance artist, a sculptress, a painter, an iconographer and their artistic interaction with the island of Santorini. Asimis Kolaitou Art Foundation is a major art exhibition space of Santorini where the artwork of important artists creating in Santorini is presented. It consists of indoor as well as outdoor spaces for music, performances and a plethora of art events. Its location, an area of six thousand sq.m., is just one km from Fira, the capital village of Santorini.” You can watch it in full above, read Yatzer‘s profile at Yatzer.com, and visit the filmmaker’s website at Ekossan.com.

And the folks at Travel + Leisure have also passed the Santorni filmmaker’s challenge with their exquisite new drone video. You can watch it below, and find out T+L‘s top 8 things you didn’t know about Santorini at TravelAndLeisure.com.
. 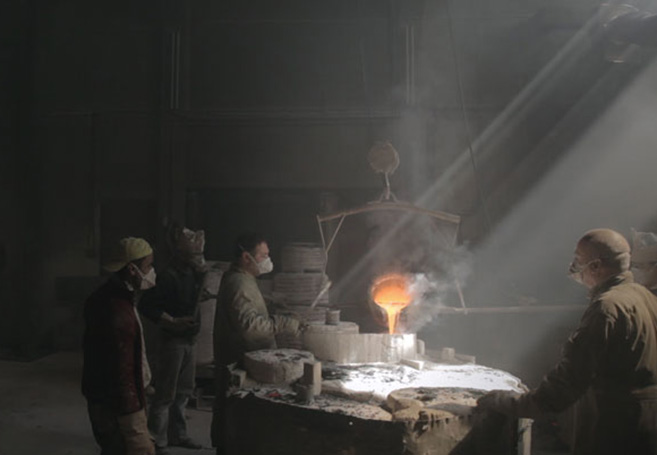