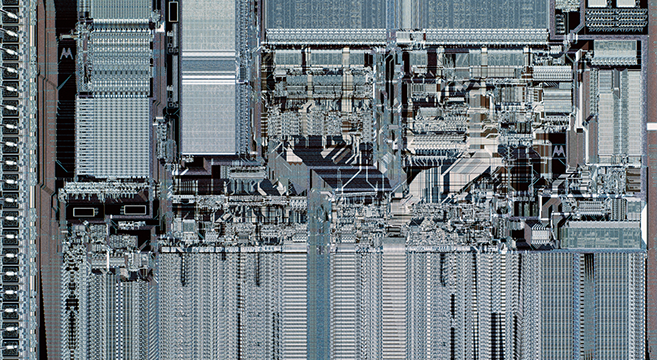 Three years ago, photographer Christoph Morlinghaus was commissioned by Cisco to photograph a selection of their microscopic computer circuits — most of which are the size of a grain of rice. He became so obsessed with the futuristic city-like environments that were hiding inside the chips that he kept them for an extra week and photographed them from home. He recently returned to the photo project, which he calls Motherboard, and now he collects these circuits from online forums and message boards. You can see more of his extraordinary photos at his website Morlinghaus.com. (Photo: “Motorola 68030” by Christoph Morlinghaus; story via WIRED)
. 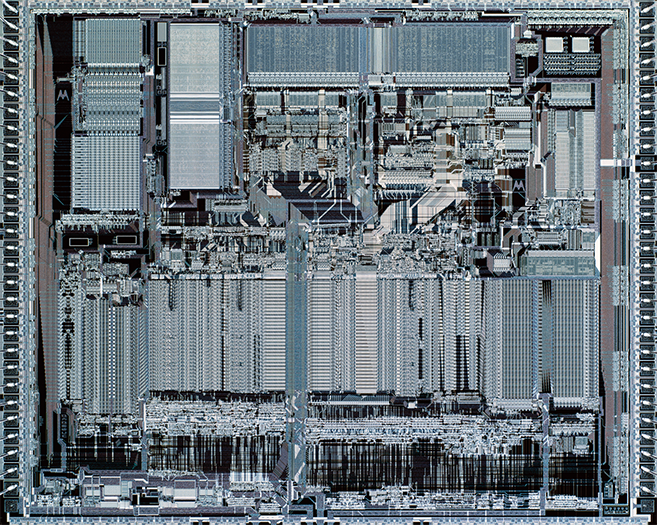 Previous post:
Here’s The Stunning New Trailer For Terrence Malick’s Universe Documentary “Voyage Of Time” Next Post:
Psychological Bias Against Collective Suffering: Why We Care More For This One Boy Than All Refugees