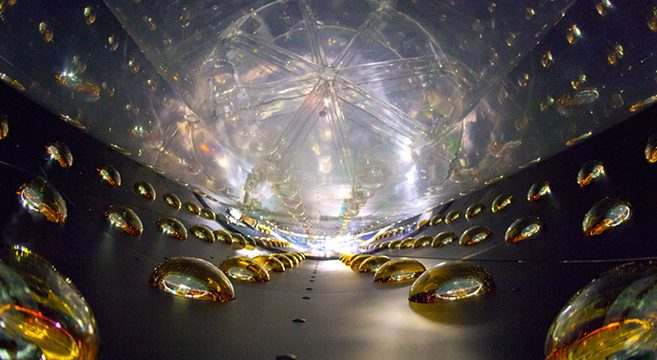 What exactly is an “anti-neutrino”, you might ask? The short answer is — it’s complicated. I found myself asking that question when I stumbled upon this mindblowing NASA photograph which they posted on their equally brilliant site, APOD (Astronomy Photo of the Day). Taken by photographer Roy Kaltschmidt, the image is from inside the Daya Bay Reactor Neutrino Experiment, which is deep underground approximately 50km northeast of Hong Kong. The project is a joint research venture between the United States and China, with a mission to unlock the mysteries of the Big Bang. NASA writes, “Featured here, a camera looks along one of the Daya Bay detectors, imaging photon sensors that pick up faint light emitted by antineutrinos interacting with fluids in the detector. Early results indicate an unexpectedly high rate of one type of antineutrino changing into another, a rate which, if confirmed, could imply the existence of a previously undetected type of neutrino as well as impact humanity’s comprehension of fundamental particle reactions that occurred within the first few seconds of the Big Bang.” You can learn much more at NASA.
. 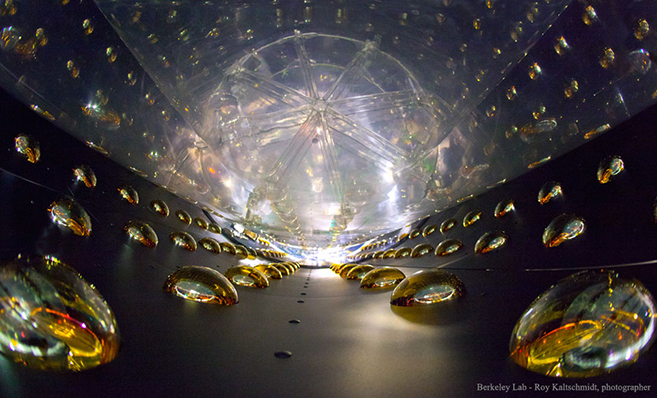 Previous post:
Andy Shauf’s “Quite Like You” Is A Major Frontrunner For My Favorite Song Of Summer 2016 Next Post:
University Researchers Create Groundbreaking Transparent Wood That’s 10X Stronger Than Normal Wood