Yesterday (May 9, 2016) Mercury made one of its rare transits past the Sun. The alignment of Earth, Mercury and the Sun occurs roughly 13 times per century, and now — thanks to NASA’s remarkable Solar Dynamics Observatory (SDO) — we can watch this transit in three different analyses of the Sun’s magnetic field: 1)solar wind, 2) energetic particles, and 3) variations in the solar irradiance. For more info on the Mercury transit visit NASA.gov/transit, and for all my best NASA stories visit NASA on FEELguide. And in case you haven’t yet seen them: I’ve also attached Max Shiskin’s amazing Cinema Space Tribute below, as well as the short documentary, OVERVIEW, which chronicles astronauts’ life-changing stories of seeing the Earth from a distance — a perspective-altering experience which is often described as The Overview Effect. (Source: Kottke; video credit: NASA’s Goddard Space Flight Center/Genna Duberstein; music: Encompass by Mark Petrie)
. 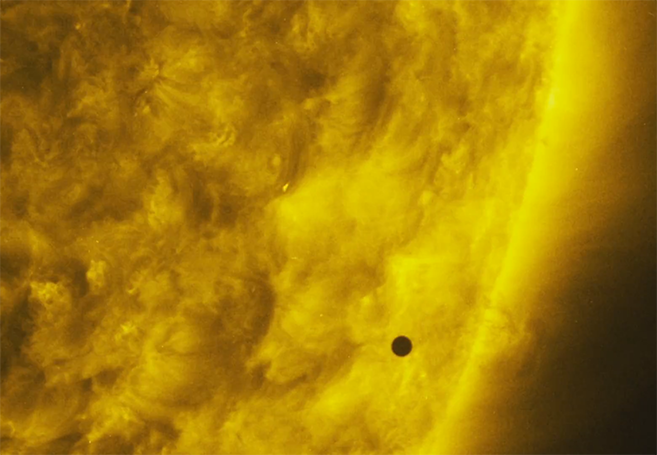 Previous post:
LINKguide (May 9, 2016) Next Post:
Hallett Nature Sanctuary Opens In Central Park After Being Closed & Overgrown For More Than 80 Years