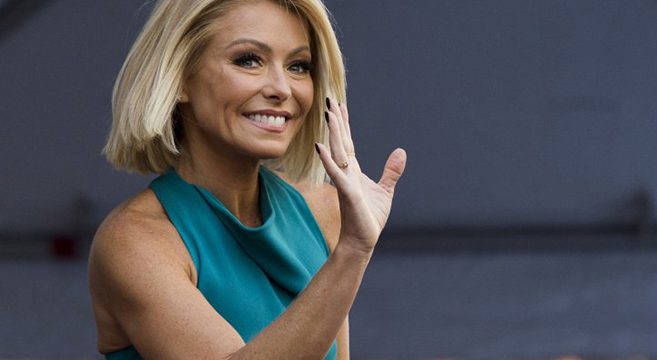 TV’s Misogynist Dark Side: Disney & ABC’s Sleazy Treatment Of Kelly Ripa Is A Call To Arms For Women

At 10:30am on Tuesday morning, following the taping of her live morning talk show, LIVE!,  Kelly Ripa met with executives from ABC and Disney where it was announced, to Ripa’s surprise, that her co-host Michael Strahan would be leaving the show in September to join Good Morning America full time. As The New York Times reports, the move was negotiated for months behind Kelly’s back, in order for ABC to rescue Good Morning America as it continues to lose ground against NBC’s far superior TODAY show (for what it’s worth, I am an avid TODAY show fan, and have never been able to watch more than 30 seconds of GMA without getting a headache). The news came as another huge blow to Ripa, who was also blindsided four years ago when her former co-host, Regis Philbin, sprung another last-minute announcement that he would be leaving the show as well.

The messy situation highlights a dark side of Hollywood. Maureen Ryan is chief TV critic for VARIETY, and in her column published earlier today she explains why the incident is further proof of a painful truth — Hollywood treats women like shit. “I’m just trying to get this straight: The host of a popular TV program was blindsided by the departure of her co-host, who had secretly gotten a better job,” Ryan writes. “Management knew about his new job, but she did not. She was told at the last minute. And no one in management thought this situation would blow up? What I really want to know is, who thought it would be a good idea to ask Ripa to co-host with Strahan for months after the announcement — until he leaves for GMA in September, no less? … There are times I don’t understand what goes on in the minds of TV executives. This is one of those times.”

“But the spring trend toward casual dismissal and disposal is part of something even bigger: The way Hollywood treats women in general, even those who’ve managed to create solid resumes through grit, skill and endurance. When the Sony hacking scandal revealed that A-list actresses were making less than male tco-stars with less drawing power, that was another battle over respect, not money. Of course the money matters: Equal pay for equal work is a concept enshrined in law in America, if in not practice at many places of employment. But what also matters is how employees are treated — what status they are given, how they are made to feel valued, and how that value and respect is communicated to the world outside the organization in question. At the moment, it’s not easy to make the argument that Ripa should feel valued as a longtime employee of ABC. Would you?”

The Daily Beast‘s Lloyd Grove also weighs in on why Strahan’s decision makes absolutely no sense. “Several television industry observers, meanwhile, expressed surprise that Strahan would agree to leave his comfortably booming berth on LIVE! for the relative uncertainty of GMA. ‘I don’t understand Strahan’s side of it,’ a former ABC executive told The Daily Beast. ‘It doesn’t really work to make this change. What if the ratings on GMA don’t improve? He gets one good paycheck but why do you walk away from a really successful morning talk show?’ This network veteran added that the ABC-owned stations and affiliates are unlikely to be happy with the switch, at least initially. ‘For the stations, it’s taking a risk with a great talent on a show, and potentially damaging something that makes the stations money,’ said the former ABC exec. ‘They had a guaranteed hit on their hands that go for another 10 years.'”

And Michael K. of Dlisted cleverly pointed out that on Tuesday afternoon, just a few hours after we all learned about Strahan’s departure, Kelly was photographed leaving her ($27 million) townhouse with a book in hand. “The book was [Malcolm Gladwell’s] David and Goliath: Underdogs, Misfits, and the Art of Battling Giants, and yeah, I don’t have to really explain what it’s about.”

Kelly Ripa’s salary for LIVE! is $20 million per year, and her net worth is more than $100 million. Strahan’s LIVE! salary is $10 million per year (not including his other gigs), and he has a net worth of $55 million. (Feature photo credit: Mario Anzuoni/Reuters; next photos: ABC Network, Chris Pizzello/Invision via Associated Press, Splash) 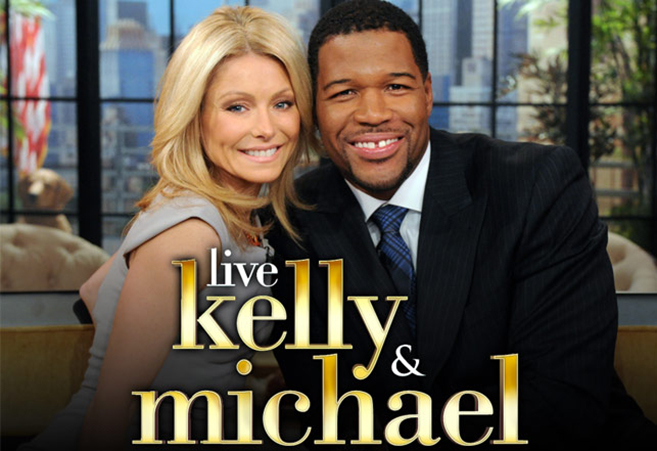 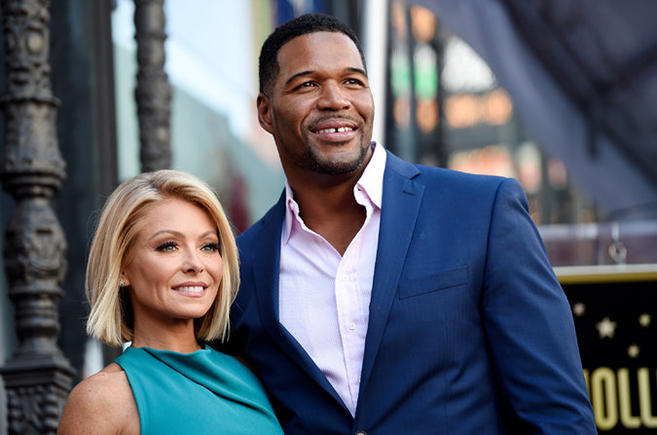 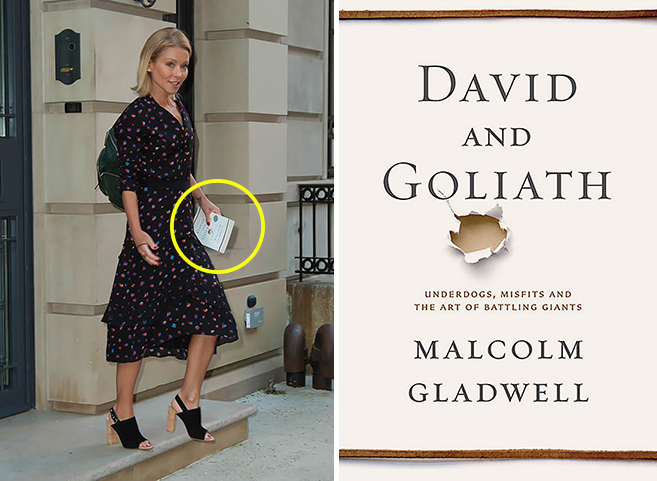