Requiem For The American Dream is the definitive discourse with Noam Chomsky, widely regarded as the most important intellectual alive, on the defining characteristic of our time — the deliberate concentration of wealth and power in the hands of a select few. Through interviews filmed over four years, Chomsky unpacks the principles that have brought us to the crossroads of historically unprecedented inequality — tracing a half-century of policies designed to favor the most wealthy at the expense of the majority — while also looking back on his own life of activism and political participation. Profoundly personal and thought provoking, Chomsky provides penetrating insight into what may well be the lasting legacy of our time – the death of the middle class, and swan song of functioning democracy. A potent reminder that power ultimately rests in the hands of the governed, Requiem is required viewing for all who maintain hope in a shared stake in the future. Requiem For The American Dream premieres at the Tribeca Film Festival on Saturday, April 18th. To learn more about the film, and to find a screening near you, visit RequiemForTheAmericanDream.com. (Photo courtesy of PF Pictures)
. 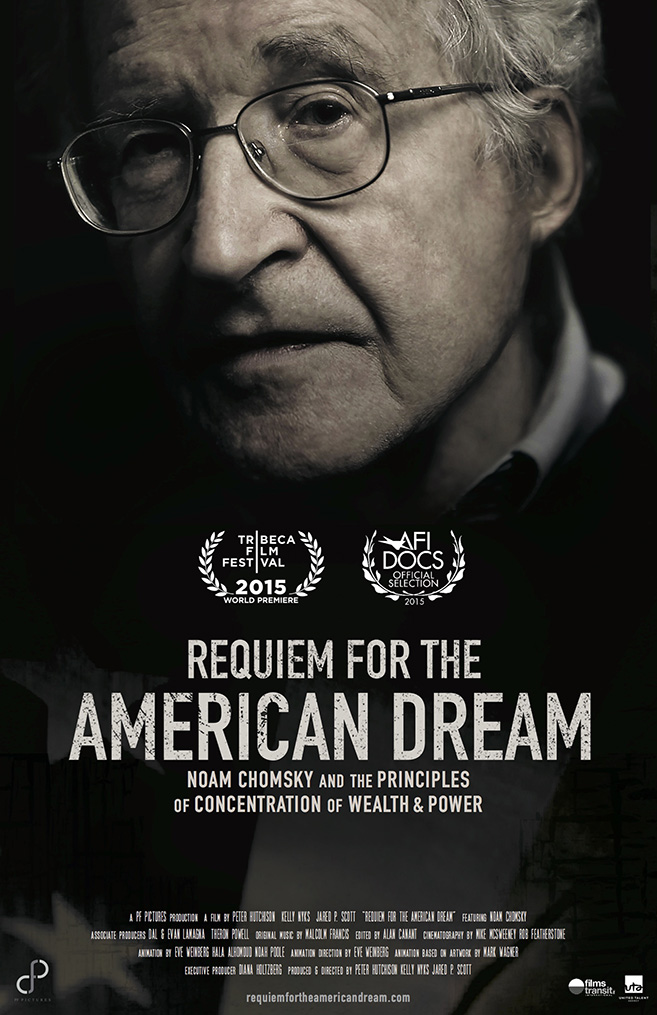