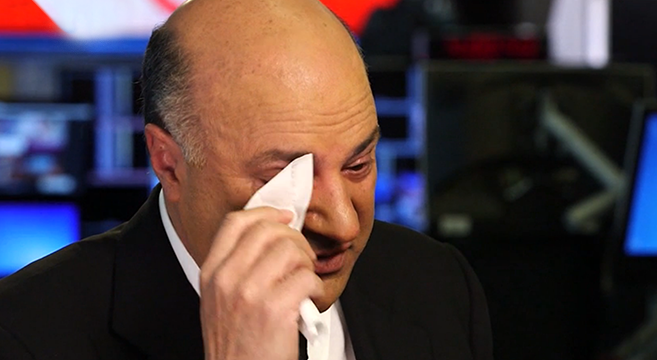 When he was a young boy growing up in Montreal, Shark Tank‘s Kevin O’Leary struggled with dyslexia. In an emotional new interview with CNN, O’Leary opened up about how he overcame his reading disability thanks to the a remarkable experimental class taught by child psychologist Dr. Margie Golick and Dr. Sam Rabinovitch at McGill Univeristy. CNN adds, “O’Leary notes that many other successful business leaders have struggled with the learning disability. For example, Virgin founder Sir Richard Branson and Cisco Executive Chairman and former CEO John Chambers have both spoken publicly about their dyslexia. Investment guru Charles Schwab wasn’t diagnosed with dyslexia until he was 40 years old.” You can watch the full interview below, and I’ve also attached a terrific interview with fellow Shark Barbara Corcoran. Watch as Corcoran explains what the #1 personality trait is that separates employees who earn $45,000/year vs. those who make $8,000,000/year.