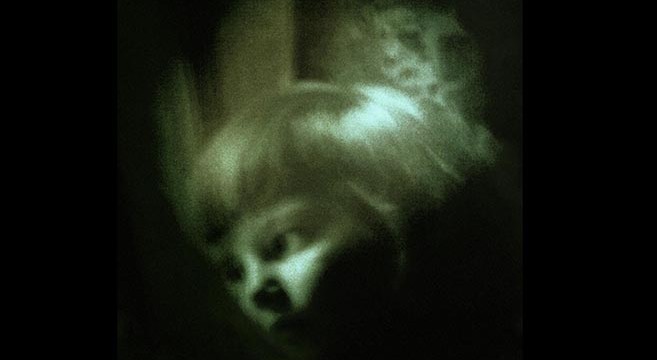 Listen To LOVE & RADIO’s Creepy Podcast On Ghost Stories, Featuring A Few That Might Stay With You

In the podcast below, the team at LOVE & RADIO explore the eternally captivating world of the ghost story. In this special podcast, produced edited by Nick van der Kolk and Adrianne Mathiowetz, listeners will hear an exploration of the Frankenstein Family Crypt in 1952, paranormal observations by an eight-year-old, the haunting of an unkind kitty, a discussion of the ghost story structure, and a very scary pantry door (seriously). I’m a huge paranormal buff, so last weekend I finally got around to seeing The Witch. I can say without a doubt it was one of the most unnerving experiences I have ever had in a movie theatre. From the first scene, straight through to the very end, I was so immersed in what was happening to this family that I could hardly look away from the screen. The film is an incredible example of “less is more,” and has impressive psychological parallels with the work of Stanley Kubrick, but I must say this as a word of warning — it’s been nearly a week later and I still find myself unable to fully shake it off. And if you haven’t seen the Enfield Poltergeist documentary I’ve attached it below as well. (Photo by Laurel Hasler)

Previous post:
Meet ATLAS™: The New Robot From Boston Dynamics That Will Excite You, Give You Nightmares, Or Both Next Post:
This 50-Year-Old, 20-Foot-Long Great White Shark Megasaurus Is The Biggest One Ever To Be Filmed