Internal vs. External Drive: What Van Gogh Teaches Us About Making Art In A World Obsessed With Fame

What drives us to create? Is there necessarily always a motivation, or can it be an involuntary process? For instance, what was the goal of the artists who painted the very first cave paintings tens of thousands of years ago? There was no audience, no critic, no flow of gallery visitors, and certainly no “like” button for anyone to click. The act of creating art is inherently human and it’s something that has been with us since the dawn of time. But around a hundred years ago or more — roughly the same time as the emergence of Hollywood — society moved away from a culture of character to a culture of personality. Suddenly our world became obsessed with the personality of others and how our own personalities are interpreted in return. Fast forward to 2016 and our world is drunk on fame. Artists still manage to create tremendous works of art, yet the goal has become muddled for many who find themselves more concerned with being liked and followed than anything else. In an era of fame obsession, it’s worth watching this terrific video essay by Adam Westbrook of Delve.TV entitled Painting In The Dark: The Struggle for Art in A World Obsessed with Popularity. Watch above as Westbrook (who happens to be a major cutie-patootie) examines the difficult yet prolific creative life of Vincent van Gogh (1853-1890) who intuitively bypassed this negative “like trap” of the ego and focused on the most important goal of all — impressing oneself instead of others. In a similar vein, I’ve also included two of Elizabeth Gilbert’s terrific TED Talks below where she discusses how she had to overcome similar obstacles, as well as the trailer for Doug Aitken’s documentary, THE SOURCE, which explores the nature of creativity. And be sure to watch incredibly rare footage of three of history’s most iconic artists immersed in their own “autotelic” heaven.

SEE ALSO: “Razzle Dazzle” Explores Hollywood’s Craftsmanship Of Celebrity, Fame & Success
SEE ALSO: “The Frenzy Of Renown” Is A History Of Fame And Its Impact On Culture And Society Over Millenia
SEE ALSO: Tilda Swinton, Beck, Jacques Herzog & Empire Of The Sun Appear In New Trailer For Creativity Doc 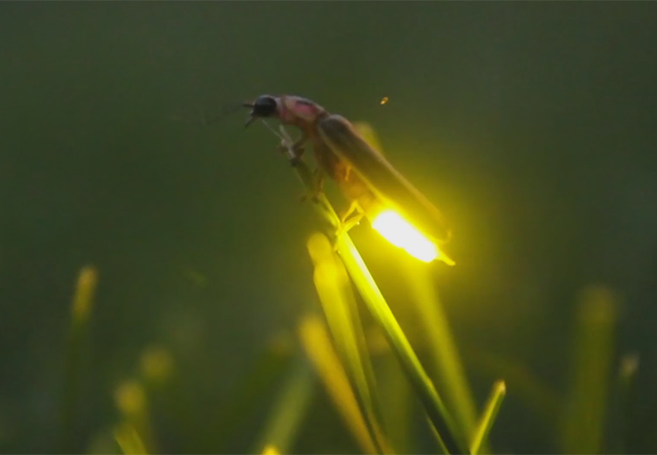 Previous post:
CBS This Morning Goes Behind The Scenes Of The NYTimes’ “Modern Love” Podcast & Its Creative Process Next Post:
LINKguide (February 13, 2016)