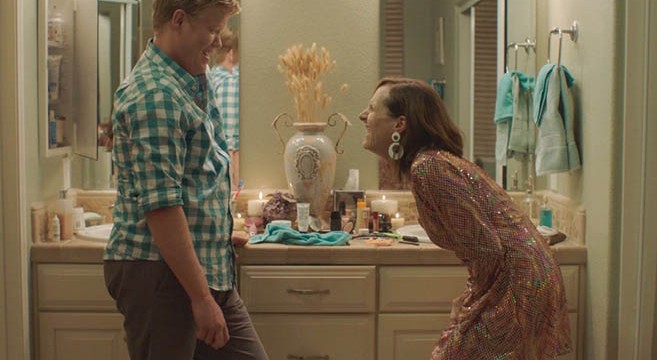 20 minutes into director Chris Kelly‘s Sundance-opening dramatic comedy Other People, most in the audience were already in tears as Molly Shannon’s performance as a mother dying from cancer stole everyone’s hearts. One VARIETY critic has already crowned Shannon’s tour-de-force work as certified Oscar gold. The seeds of the film came when first-time director Kelly — currently one of the top writers at SNL — challenged himself to write a feature film. It was just a matter of time before the project snowballed into the festival darling is has now officially become.

Very much his own life story, Chris Kelly’s film tracks a gay comedy writer (played by Breaking Bad‘s Jesse Plemons) who, after just breaking up with his boyfriend, returns to his home town of Sacramento (which he hates) to be near his dying mother in her final days. The trip back home is made all the more difficult by the fact that his dad (played by Bradley Whitford) is still struggling to accept his son’s sexuality. His two young sisters (Maude Apatow and Madisen Beaty) are also trying to come to terms with the pain of knowing they are on the brink of major life milestones which their mother won’t be around for.

Punched with side-splitting, laugh-out-loud moments of laughter, Other People is structured in 12 chapters — one for each month of the mother’s final year of life. As VANITY FAIR writes, during the film’s post-screening Q&A Molly Shannon described the thrill of reading the script for the first time. “I did start out as a dramatic actress,” Shannon told the audience. “I went to N.Y.U. drama school and I was a very serious actress. I used to do a lot of dramatic monologues with a Southern accent — people don’t know that because I made my name in comedy, but the truth is that I love drama. And when I read Chris’s script, I closed it and thought it was just breathtaking. I thought I was just the luckiest girl in the world — you just don’t get these kinds of scripts. And being a mother, and part of a family, and getting to do this role was just such a gift. I just wanted to do a really good job.”

In his review of the film, Dan Casey of Nerdist writes: “As the ailing Joanne, Molly Shannon is hauntingly good, running the emotional gauntlet as the mother of three who faces the most difficult and painful ordeal of her life. At one moment, she is jovial and vivacious, radiating with the joy of a parent who is deeply satisfied with her home life and beaming with pride for her children. The next moment, she crumples like a rag doll, seized with pain and sadness, as she struggles with the pains and terrors of chemotherapy. Seeing someone who is clearly such a strong presence and influence on her family so abjectly helpless and, at times, hopeless is harrowing stuff — and Shannon makes it all ring true.”

To learn more about Chris Kelly you can read his interview with Splitsider taken just before the premiere of SNL‘s 41st season premier back in October 2015 at Splitsider.com. You can also follow Chris Kelly on Twitter. (Photos courtesy of George Pimentel/Getty Images and Sundance) 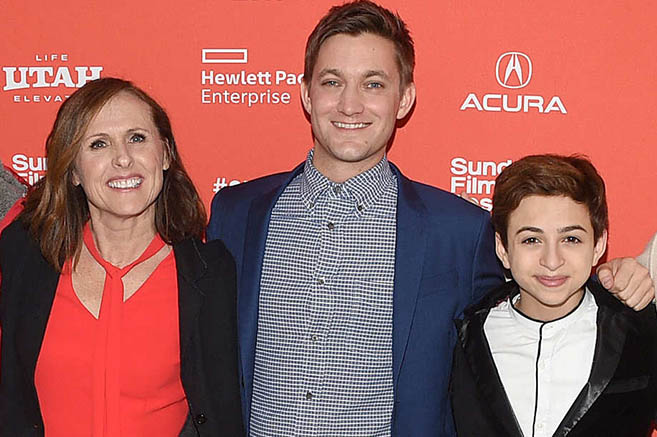 Previous post:
After State Of The Union President Obama Revealed To Ingrid Nilsen What He Carries In His Pockets Next Post:
Why This Stunning Photo Of The International Space Station Passing Through Saturn Is So Impressive