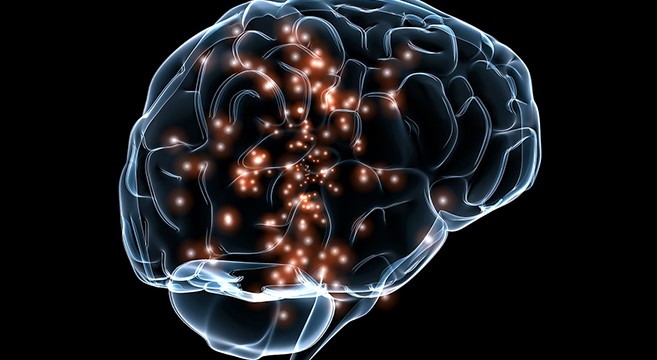 A simple, computer-training task can change the brain’s wiring to regulate emotional reactions, according to a recent study published in NeuroImage by Ben-Gurion University of the Negev (BGU) researchers. “These findings are the first to demonstrate that non-emotional training that improves the ability to ignore irrelevant information can result in reduced brain reactions to emotional events and alter brain connections,” says Dr. Noga Cohen. Cohen conducted the study as part of her Ph.D. research at BGU’s Cognitive Neuropsychology Lab under the supervision of Prof. Avishai Henik of the Department of Psychology. “These changes were accompanied by strengthened neural connections between brain regions involved in inhibiting emotional reactions.”

The researchers hope to examine the impact of this non-emotional training on individuals who are depressed or anxious. It may also be helpful for those at high risk of developing high blood pressure reactions to emotional information. “Such future directions carry important potential clinical implications for a large percentage of the population,” the researchers explain. “This cognitive training can be easily employed with different populations, such as children, elderly adults, and individuals with neurological or psychiatric disorders.”

In the study, the brains of 26 healthy volunteers were monitored before and after multiple computerized training sessions using functional magnetic resonance imaging (fMRI). During the training, participants were required to identify whether a target arrow points to the right or to the left, while ignoring the direction of arrows on either side of it. The researchers conducted a “resting-state fMRI scan” to assess connections between brain regions during no specific task and later during an emotional reactivity task in which they had to ignore negative pictures used to study emotion.

“As expected, participants who completed the more intense version of the training (but not the other participants) showed reduced activation in their amygdala — a brain region involved in negative emotions, including sadness and anxiety. In addition, the intense training resulted in increased connectivity between participants’ amygdala and a region in the frontal cortex shown to be involved in emotion regulation,” said Dr. Cohen, who collaborated with Dr. Hadas Okon-Singer from the University of Haifa and the Max Planck Institute for Human Cognitive and Brain Sciences in Germany.

“It is our hope that the current work would lead to further testing and potentially the development of effective intervention for individuals suffering from maladaptive emotional behavior,” Dr. Cohen says. “While acknowledging the limitations of this study, which was based on a relatively small number of healthy participants and focused on short-term effects of the training, this may prove effective for individuals suffering from emotion dysregulation.” A previous study led by these authors has already shown that similar training can reduce the tendency to be submersed in a repetitive-thinking cycle about a negative life event. (Image via Northwestern University; source: AABGU)