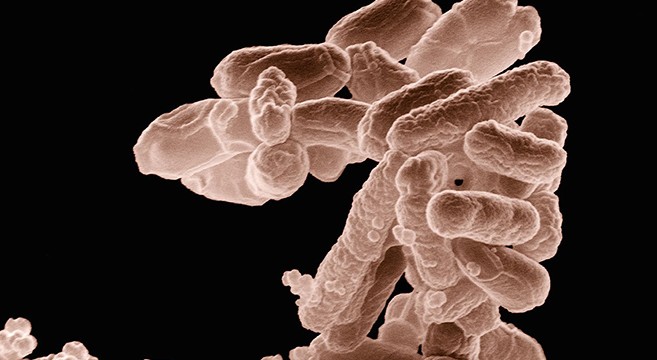 As we witness a growing list of bacteria that are developing antibiotic resistance in recent years, a groundbreaking new discovery is making waves this week and proving that our range of obsolete antibiotics may not be so obsolete after all. Researchers at the Sackler School of Medicine in Tel Aviv have successfully engineered a set of viruses that are capable of ridding various bacteria of their antibiotic resistance, thereby making defunct antibiotics active once again. Tim De Chant of NOVA writes: “[The researchers] have engineered viruses to infect resistant bacteria with a CRISPR-Cas9 system that eliminates the genes that code for antibiotic resistance. To ensure those modified bacteria pass on their antibiotic-susceptible genes, the scientists also had the virus deliver a set of beneficial genes that encode another CRISPR sequence to defend against infection by other viruses.” You can read the full story at NOVA. (Image credit: USDA)

Previous post:
Watch This 3-Minute Video To See How ZARA Became The Undisputed Giant Of Global Fashion Retail Next Post:
The Before & After: Alan Watts On How You Cannot Experience The State Of Nothingness