SPOTLIGHT tells the riveting true story of the Pulitzer Prize-winning Boston Globe investigation that would rock the city and shake the entire Catholic Church to its core. When the newspaper’s tenacious “Spotlight” team of reporters delves into allegations of abuse in the Catholic Church, their year-long investigation uncovers a decades-long cover-up at the highest levels of Boston’s religious, legal, and government establishment, touching off a wave of revelations around the world. Directed by Academy Award-nominee Tom McCarthy, SPOTLIGHT is a tense investigative dramatic-thriller, tracing the steps to one of the biggest cover-ups in modern times. Charlie Rose recently sat down with director Tom McCarthy, and actors Michael Keaton and Mark Ruffalo to discuss the film. They were joined by original Spotlight editor Walter Robinson, and reporters Sacha Pfeiffer and Michael Rezendes. SPOTLIGHT opens this November 6, 2015. To read The Boston Globe‘s full archives and coverage of sex abuse in the Catholic Church CLICK HERE. (Second photo below courtesy of Globe file, 1980: Thomas Winship, William Taylor, Sandy Hawes, Joan Venocchi, Nils Brazelius, Ellen Goodman, Stephen Kurkjian, and Bill Henry celebrating their Pulitzer Prize win in 1980) 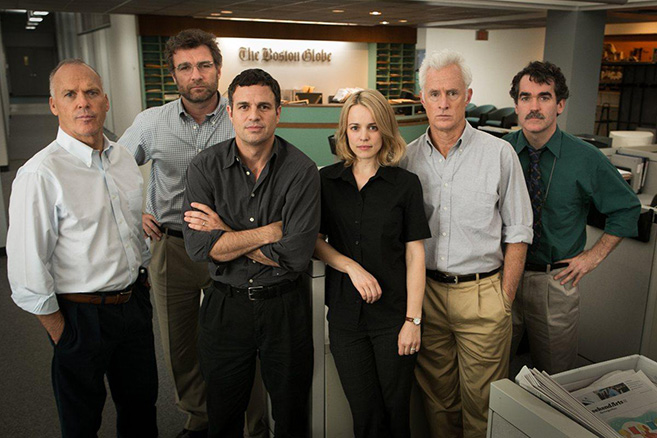 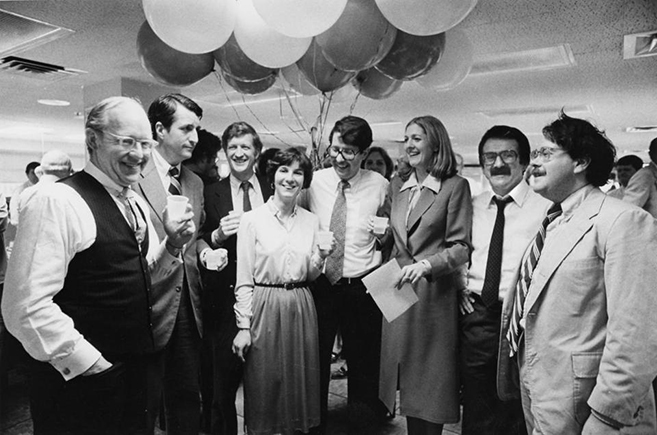