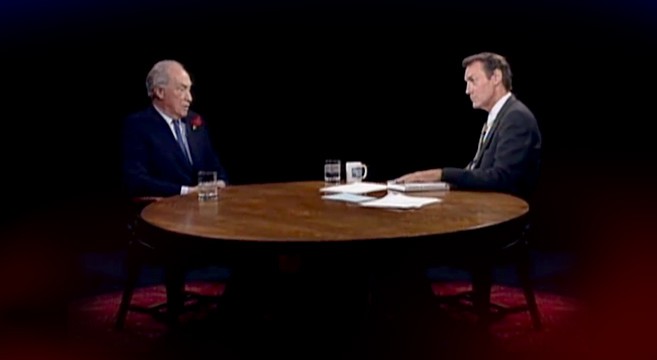 When Justin Trudeau’s Liberal Party won a landslide victory in the Canadian Federal Election on Monday night, it brought a swift end to the dark ages of Stephen Harper’s 10-year neoconservative reign and the last North American remnant of the George W. Bush era. Trudeau’s victory also activated what promises to be the most exciting economic experiment of all the G8 countries — a plan which includes a rejection of anti-austerity measures, and a massive investment in infrastructure spending over 3 years. Prime Minister-designate Trudeau has many top notch economic advisors, but his most well known is renowned economist Larry Summers — former Secretary of the Treasury under President Clinton, former Chief Economist of the World Bank, and former President of Harvard University.

In an op-ed for the Financial Times and The Washington Post, Summers explains why Canada’s embrace of Trudeau’s anti-austerity economics is such a huge deal from an international perspective, and why the whole world is paying close attention. “First, polls often get it wrong,” Summers writes. “In Britain’s election, and now in Canada, results were much more decisive than had been expected. A Liberal majority looked extremely unlikely two months ago. Even three days ago, I suspect Liberals would have been thrilled if they could have counted on a clear plurality of the vote. An era when less than 10 per cent of voters respond to pollsters, and where mass opinion changes rapidly, will be one where election day is again a day of drama. Second, in an era of extraordinarily low interest rates and slow growth, it is becoming increasingly clear that progressives do best when they reject austerity and embrace public investment. The British Labour party and the Canadian NDP sought to demonstrate their soundness by embracing budget balancing as an objective. Their results were terrible.”

Summers continues: “The Canadian Liberals, on the other hand, were rewarded for a very different choice. As incoming prime minister, Justin Trudeau told the Financial Times: ‘People keep telling me we have made a risky choice in this time when there is this political mantra of balanced budgets as a way to demonstrate responsible leadership. I am on the side of economists who say: Why put off investing when we have an opportunity now?’ Indeed, many Canadian political commentators noted the strategic importance of the Liberals’ infrastructure pledge. Martin Patriquin in Maclean’s called the infrastructure plan ‘the all-important wedge to isolate the NDP’; Michelle Gagnon in CBC News identified the announcement of deficit-funded infrastructure spending as ‘the first turning point’; and, as noted on Bloomberg, Trudeau entered the campaign in third place and his numbers began to increase after he broke from his rivals to favor three years of deficit spending, in part to fund an infrastructure blitz aimed at stoking Canada’s sluggish economy’. More infrastructure investment is not just good economics. It is good politics. Let us hope that American presidential candidates get the word!”

In a terrific piece for The New Yorker, John Cassidy writes, “At a time, in the United States and much of Europe, when debate over austerity measures seems stuck, Justin Trudeau’s victory in Canada has sent a powerful message … [Unlike his NDP and Conservative opponents], only Trudeau had the courage to break with orthodoxy, saying that ultra-low interest rates provided the country with an opportunity to invest in much-needed infrastructure. Rather than pledging to balance the budget immediately, he said that he would allow deficit to rise modestly over the next three years, and argued that the additional government spending would stimulate growth and tax revenues, bringing the budget back to balance by 2019. This is pretty much the same argument that President Obama has been making in the United States for the past few years, to no avail. With the Republicans in control of Congress, anything that reeks of another stimulus appears to be a nonstarter. In the United Kingdom and much of Europe, the political environment is similar. In Canada, however, Trudeau showed that it is possible to gain support for a modest dose of Keynesianism.”

“Strictly in economic terms, Cassidy adds, “there is no doubt that Canada has ample fiscal room to introduce a stimulus. According to the latest projections from the International Monetary Fund, the Canadian government will run a structural budget deficit — that is, one that has been adjusted for the state of the economic cycle — of just 1% of G.D.P. this year, and its net outstanding debt will come to less than 40% of G.D.P. For comparison, the structural deficit in the United States is roughly 3% of G.D.P., and the ratio of net debt to G.D.P. is about 80%. In Canada, as in many other countries, the real barrier to adopting pro-growth policies isn’t economic: it’s political. Trudeau, with an assist from Harper (whom Canadian publishing tycoon Conrad Black described in a pre-election column as ‘a sadistic Victorian schoolmaster’) and the NDP, demonstrated how to overcome this obstacle. And once his policies are enacted, an editorial in the Financial Times noted, they could also provide a ‘demonstration effect to other slow growth democracies.’ Let’s hope so. The eyes of the world will be on Canada.”

The anti-austerity economics of Justin Trudeau are in-line with those of his father, former Canadian Prime Minister Pierre Trudeau (1919-2000).  In a 1994 interview with Charlie Rose, Trudeau explains the biggest cornerstone of his economic philosophy — how the government plays a critical role in the health and prosperity of a nation’s economy. The interview was taped one year after President Bill Clinton took office in 1993, and although Trudeau is expressing his hope for the then President’s economic vision, there’s a fascinating level of prescience in the sense that Trudeau would have had the exact same thoughts of his son’s economic vision 21 years ahead. In some ways we’re going back to the future — in the best possible way. 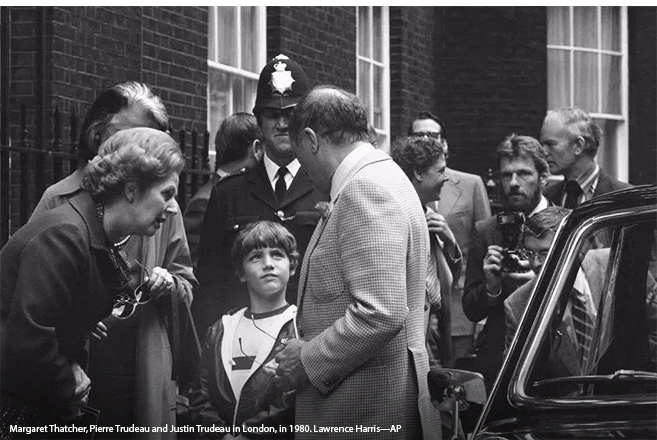 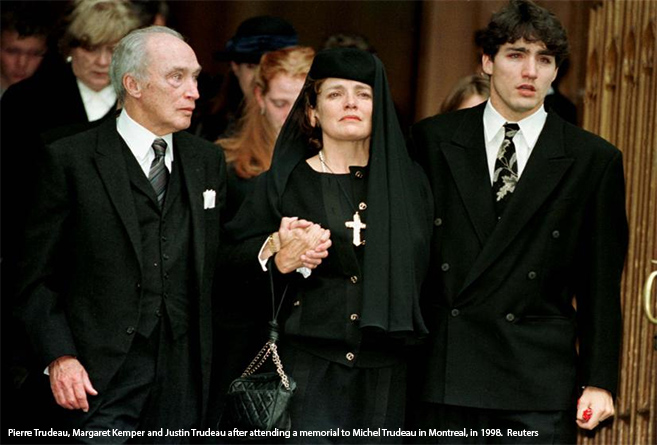 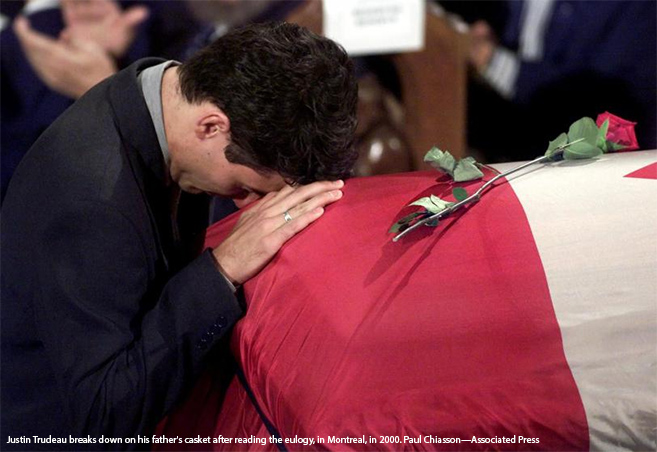 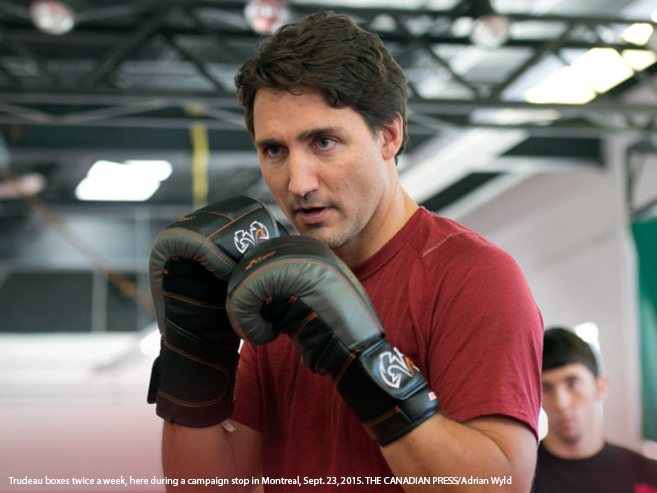 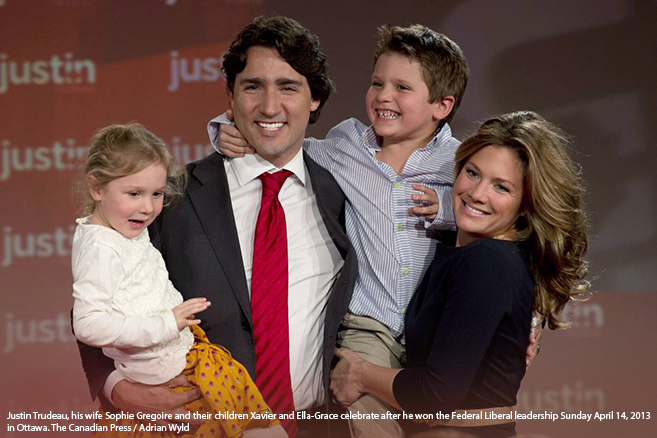 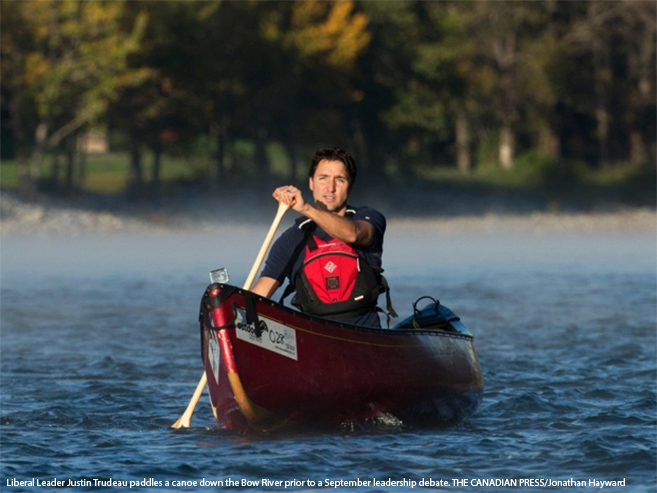 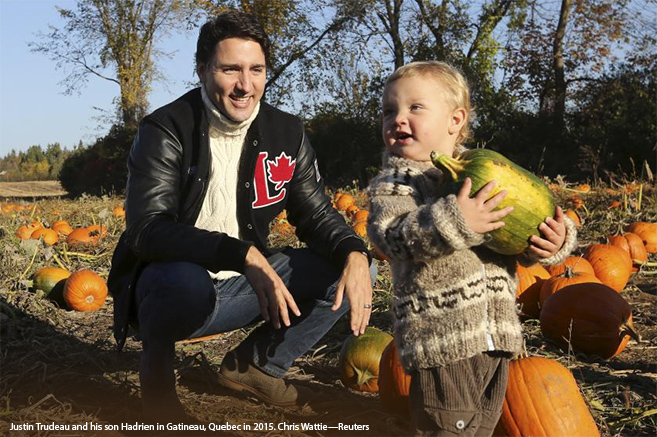 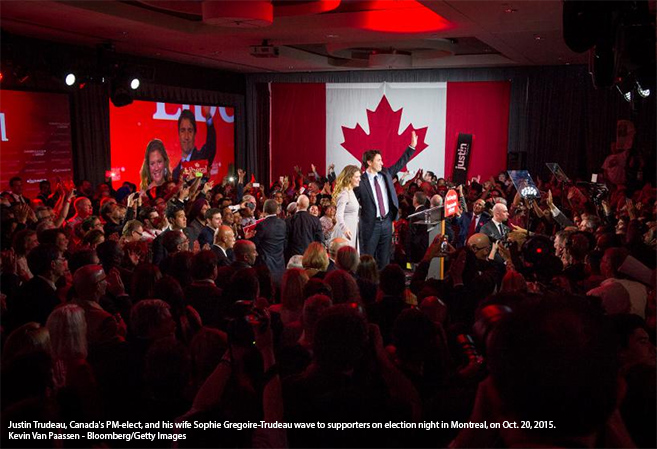 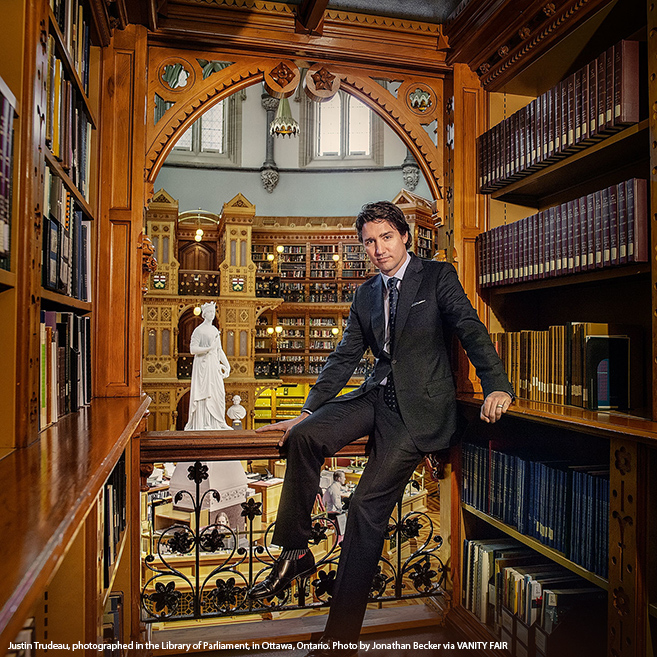 Previous post:
Is The Universe Infinite? Get Ready To Scratch Your Head After Watching This 3-Minute Explanimation Next Post:
Study Using MRI With “Sims 3” Game Discovers How Brain Makes Hi-Res & Lo-Res Versions Of Same Memory