It’s the end of the year which means it’s Academy Awards season and primetime for movie buffs as the year’s best films are released over the next 8 weeks to posture for Oscar gold. One of which is David O. Russell’s JOY which tells the true life story of Miracle Mop inventor Joy Mangano (born 1956), the single mother of 3 kids who built a multi-million dollar empire from scratch and became one of America’s most successful businesswomen. The film stars Jennifer Lawrence, Bradley Cooper, Robert De Niro, Edgar Ramirez, Diane Ladd, Virginia Madsen, and Isabella Rossellini. JOY opens Christmas Day. 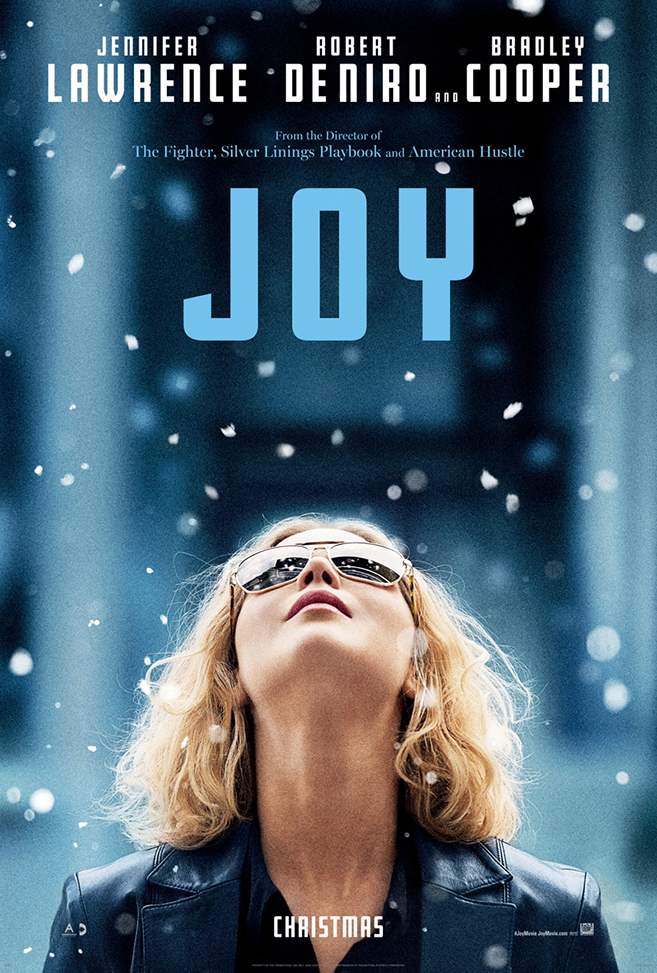 Previous post:
The Jedi Jolt: The Science Of Why We Get Goosebumps & Chills When We Watch A New “Star Wars” Trailer Next Post:
The Hood Internet Release Volume 9 Of Their Legendary Mixtape Series