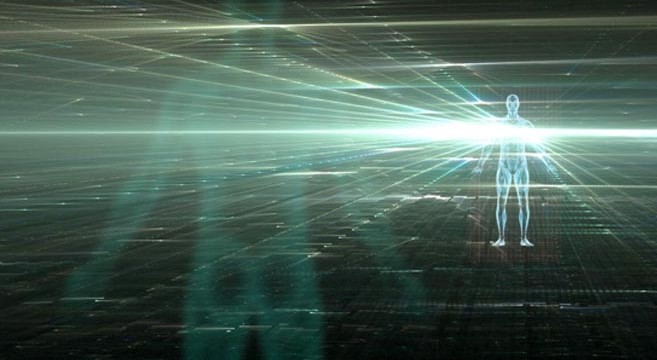 A variety of animals are able to sense and react to electric fields, and living human cells will move along an electric field, for example in wound healing. Now a team lead by Min Zhao at the UC Davis Institute for Regenerative Cures has found the first actual “sensor mechanism” that allows a living cell detect an electric field. The work is published Oct. 9 in the journal Nature Communications. “We believe there are several types of sensing mechanisms, and none of them are known. We now provide experimental evidence to suggest one which has not been even hypothesized before, a two-molecule sensing mechanism,” Zhao said.

Zhao and colleagues have been studying these “electric senses” in cells from both larger animals (fish skin cells, human cell lines) and in the soil-dwelling amoeba Dictyostelium. By knocking out some genes in Dictyostelium, they previously identified some of the genes and proteins that allow the amoeba to move in a certain direction when exposed to an electric field. In the new work, carried out in a human cell line, they found that two elements, a protein called Kir4.2 (made by gene KCNJ15) and molecules within the cell called polyamines, were needed for signaling to occur. Kir4.2 is a potassium channel — it forms a pore through the cell membrane that allows potassium ions to enter the cell. Such ion channels are often involved in transmitting signals into cells. Polyamines are molecules within the cell that carry a positive charge. Zhao and colleagues found that when the cells were in an electric field, the positively-charged polyamines tend to accumulate at the side of the cell near the negative electrode. The polyamines bind to the Kir4.2 potassium channel, and regulate its activity. He cautioned that they do not yet have definitive evidence of how “switching” of the potassium channel by polyamines translates into directional movement by the cell.

The groundwork for this discovery was built in previous research from Zhao which was published in 2013, and analyzed how living cells move in response to electric fields. “Like tiny, crawling compass needles, whole living cells and cell fragments orient and move in response to electric fields — but in opposite directions, scientists at the University of California, Davis, have found. Their results, published April 8 in the journal Current Biology, could ultimately lead to new ways to heal wounds and deliver stem cell therapies. When cells crawl into wounded flesh to heal it, they follow an electric field. In healthy tissue there’s a flux of charged particles between layers. Damage to tissue sets up a “short circuit,” changing the flux direction and creating an electrical field that leads cells into the wound. Assistant project scientist Yaohui Sun found that when whole cells were exposed to an electric field, actin protein fibers collected and grew on the side of the cell facing the negative electrode (cathode), while a mix of contracting actin and myosin fibers formed toward the positive electrode (anode). Both actin alone, and actin with myosin, can create motors that drive the cell forward. The polarizing effect set up a tug-of-war between the two mechanisms. In whole cells, the actin mechanism won, and the cell crawled toward the cathode. But in cell fragments, the actin/myosin motor came out on top, got the rear of the cell oriented toward the cathode, and the cell fragment crawled in the opposite direction. The results show that there are at least two distinct pathways through which cells respond to electric fields, Mogilner said. At least one of the pathways — leading to organized actin/myosin fibers — can work without a cell nucleus or any of the other organelles found in cells, beyond the cell membrane and proteins that make up the cytoskeleton.”

There are other mechanisms in the human body responsible for this “sixth-sensing” of electric fields as well. One such mechanism is found in the heart, which for centuries has been intuitively considered to be a primary source of emotion, courage, wisdom, and the sixth sense.  Now there is scientific research to back up this possibility. At the Institute of HeartMath (IHM) Research Center, researchers are exploring the physiological mechanisms by which the heart communicates with the brain, thereby influencing information processing, perceptions, emotions and health. They are asking questions such as: Why do people experience the feeling or sensation of love and other positive emotional states in the area of the heart and what are the physiological ramifications of these emotions? How do stress and different emotional states affect the autonomic nervous system, the hormonal and immune systems, the heart and brain? The following is an excerpt from the HearthMath website:

“Over the years the IHM team has experimented with different psychological and physiological measures, but it was consistently heart rate variability, or heart rhythms, that stood out as the most dynamic and reflective of inner emotional states and stress. It became clear to them that negative emotions lead to increased disorder in the heart’s rhythms and in the autonomic nervous system, thereby adversely affecting the rest of the body. In contrast, positive emotions create increased harmony and coherence in heart rhythms and improve balance in the nervous system. The health implications are easy to understand: Disharmony in the nervous system leads to inefficiency and increased stress on the heart and other organs while harmonious rhythms are more efficient and less stressful to the body’s systems.

More intriguing are the dramatic positive changes that occur when techniques are applied that increase coherence in rhythmic patterns of heart rate variability. These include shifts in perception and the ability to reduce stress and deal more effectively with difficult situations. We observed that the heart was acting as though it had a mind of its own and was profoundly influencing the way we perceive and respond to the world. In essence, it appeared that the heart was affecting intelligence and awareness. The answers to many of our original questions now provide a scientific basis to explain how and why the heart affects mental clarity, creativity, emotional balance and personal effectiveness. Our research and that of others indicate that the heart is far more than a simple pump. The heart is, in fact, a highly complex, self-organized information processing center with its own functional ‘brain’ that communicates with and influences the cranial brain via the nervous system, hormonal system and other pathways. These influences profoundly affect brain function and most of the body’s major organs, and ultimately determine the quality of life.

In our internal environment many different organs and systems contribute to the patterns that ultimately determine our emotional experience. However, research has illuminated that the heart plays a particularly important role. The heart is the most powerful generator of rhythmic information patterns in the human body. As we saw earlier, it functions as sophisticated information encoding and processing center, and possesses a far more developed communication system with the brain than do most of the body’s major organs. With every beat, the heart not only pumps blood, but also transmits complex patterns of neurological, hormonal, pressure and electromagnetic information to the brain and throughout the body. As a critical nodal point in many of the body’s interacting systems, the heart is uniquely positioned as a powerful entry point into the communication network that connects body, mind, emotions and spirit.” To read Science of The Heart: Exploring the Role of the Heart in Human Performance (An Overview of Research Conducted by the Institute of HeartMath) in full be sure to visit the amazingness that is HeartMath.org.

There are many other mechanisms by the which the human body’s sixth sense functions. Biophotons, for example, are one of the most fascinating and you can learn more about that in the second link just below. Another way is with the nervous system. For instance, when elite snipers are being trained in the U.S. military, one of the first things they learn is to never stare at their targets in the head or spinal region — nine times out of ten the target will feel the stare and turn and look directly at the shooter. Snipers are trained instead to look/aim at the feet and aim upwards from there.

SEE ALSO: Listen To This Fascinating Podcast On How To Reclaim & Boost Your Sixth Sense Gating Channels
SEE ALSO: Quantum Biology: How The Newest Field In Quantum Mechanics Is Unlocking Life’s Biggest Mysteries
SEE ALSO: Biophotons: The Coherent Light Particle In Every DNA Responsible For Intercellular Communication And Barometer Of A Living Organism’s Health

Previous post:
The Story Of The Live TV Poltergeist Investigation That Had UK Viewers Shitting Their Pants In 1992 Next Post:
Oprah Winfrey Talks To CBS This Morning About Her Epic New Global Spirituality Docuseries “BELIEF”