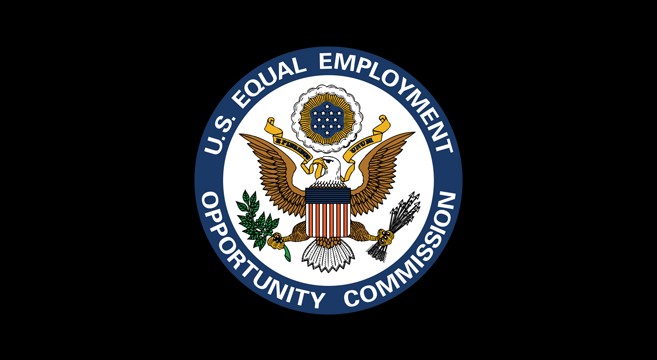 U.S. Federal Government Investigating Why Women Directors Are Getting Illegally Blocked In Hollywood

This coming week the U.S. federal government will start interviewing female directors about the discrimination they’ve faced in Hollywood. The federal investigation is being carried out by the Federal Equal Employment Opportunity Commission. Deadline Hollywood writes: “The interviews could lead to a government-led class-action lawsuit against the entertainment industry, where men directed all but two of the top 100 films of 2014 and women make up only 18 percent of first-time TV directors.” Vulture‘s Nate Jones adds: “It’s worth noting, however, that the EEOC’s investigation only pertains to female directors. In other professions, the gender gap is equally large: In the top 100 films of 2014, women made up only 11 percent of writers and 19 percent of producers, while female DPs make up only 4 percent of the membership of the American Society of Cinematographers.”

The FEEOC investigation was created following a request by the ACLU in May 2015, which The New York Times writes: “asked state and federal agencies to investigate the hiring practices of major Hollywood studios, networks and talent agencies for what the organization described as rampant and intentional gender discrimination in recruiting and hiring female directors. ‘Women directors aren’t working on an even playing field and aren’t getting a fair opportunity to succeed,’ said Melissa Goodman, director of the L.G.B.T., Gender and Reproductive Justice Project at the A.C.L.U. of Southern California. ‘Gender discrimination is illegal. And, really, Hollywood doesn’t get this free pass when it comes to civil rights and gender discrimination.'”

The federal investigation comes just days after the release of a USC study which uncovered the vast scale of gender bias in Hollywood. John Anderson of FORTUNE magazine writes: “Throwing statistical fuel on what is quickly becoming a show-biz conflagration, a just-released study on gender inequality in Hollywood finds that women directors are disadvantaged from the very beginning of their careers — and the disadvantage only grows. And as its lead author put it, ‘when money moves in, women get pushed out.’ The study released Tuesday — Gender & Short Films: Emerging Female Filmmakers and the Barriers Surrounding their Careers — was conducted by Stacy Smith, Ph.D., and her Media, Diversity & Social Change Initiative at USC’s Annenberg School for Communication and Journalism. It found that for many female film directors, a career can begin — and end — with the making of short films, and that when a woman director moves into a position of making narrative features or feature films, the financing isn’t there, but the institutional biases are.” You can read the full study by CLICKING HERE, and read more at FORTUNE.com.

Previous post:
Elizabeth Gilbert On How The Remedy For Disorienting Failure & Success Is One And The Same Next Post:
LINKguide (October 11, 2015)