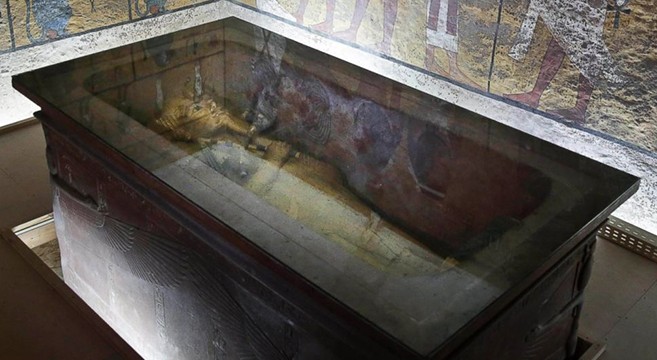 Egypt’s Antiquities Minister, Mamdouh el-Damaty, announced earlier today that a new expert theory indicates there may be hidden chambers behind the walls of King Tutankhamun‘s tomb in the Valley of the Kings. British archaeologist Nicholas Reeves believes there is a very strong likelihood that King Tut’s mother — believed to be Queen Nefertiti — is buried in her own hidden room. DNA tests have proven that King Tut’s father was the pharaoh Akhenaten, the figure who temporarily converted Egypt to monotheism of the sun god Aton. Queen Nefertiti strongly supported her husband Akhenaten, and this new theory indicates that King Tut was buried quickly (after he unexpectedly died at the age of 19) in a tomb that was not intended for him. Unusual frescos in the tomb indicate the strong possibility they are concealing two secret “ghost” doors. New excavations will be conducted over the next 1-3 months to make room for the sophisticated Japanese radar apparatus that will scan the tomb’s interior, in order to not damage the tomb. Experts now believe there is a 70% chance there are hidden chambers within. King Tut’s tomb was discovered in 1922 and remains the most extraordinary discovery in the history of Egyptian archaeology. (Photos courtesy of AP, Reddit, Wikipedia, Kenneth Garrett of National Geographic Creative) 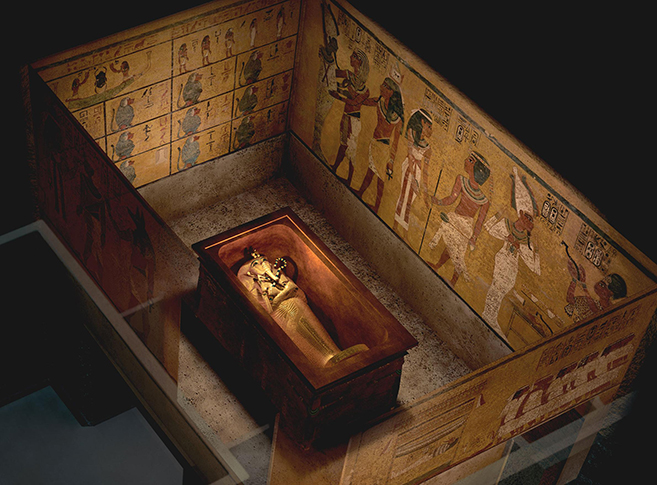 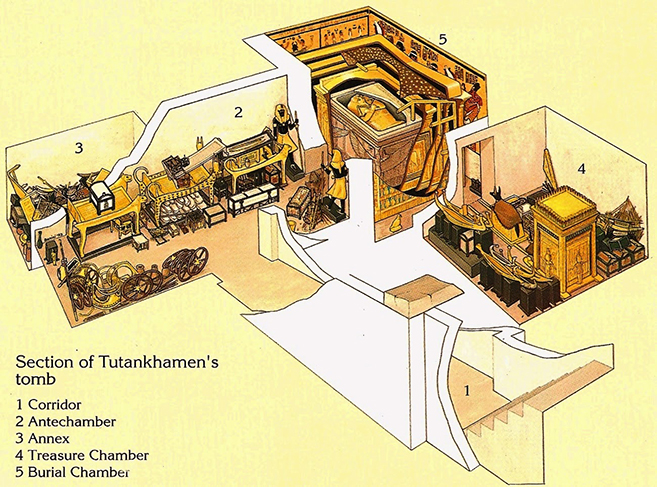 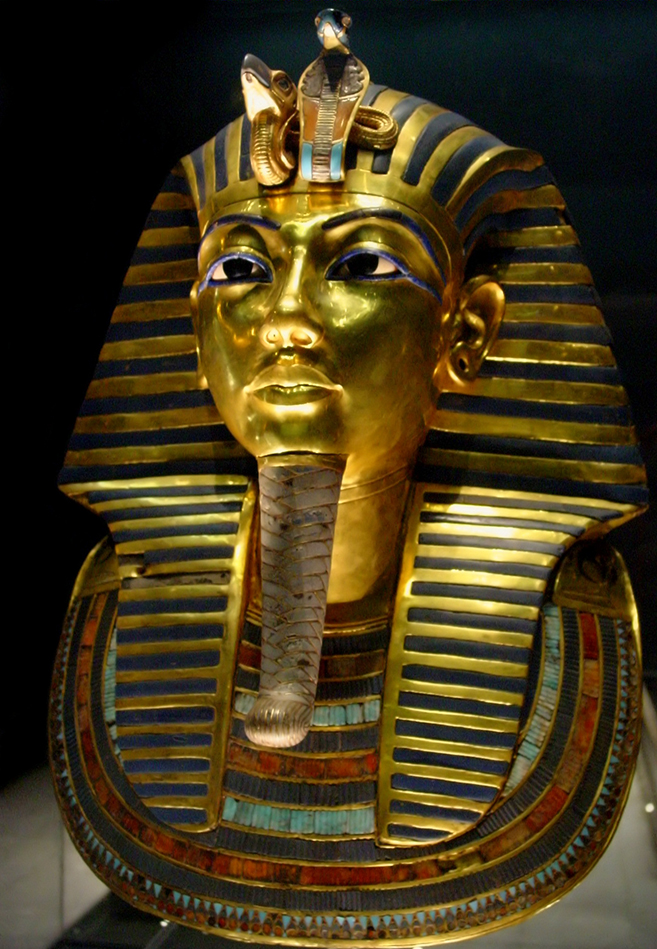