New Trailer For “CONCUSSION” Reveals True Story Of The Deadly, Mafia-esque Dark Side Of The NFL

In recent years the truth behind the NFL‘s dark side has come to light. Now a new SONY film entitled CONCUSSION, starring Will Smith, is about to deal the league another major blow. It tells the true story of Bennet Omalu, “the real Pittsburgh forensic pathologist who first discovered a neurodegenerative disease called chronic traumatic encephalopathy (CTE) in the brains of football players,” writes Joseph Stromberg of VOX. “CTE is the result of repeated brain trauma over time and causes depression, dementia, and other behavioral changes.”

For years the NFL tried to cover-up the link between CTE and football, going to great lengths to discredit Omalu — but eventually failing. And in emails discovered in the SONY hack, conversations were had between Smith’s publicists and SONY executives regarding the inevitable blowback from the NFL. Will Leitch of Bloomberg writes: “[Smith’s publicist] also argued that the NFL would attempt to use its partnerships with ESPN and Nike to fight the [CONCUSSION] film. Considering what happened with the original Frontline documentary — the film was originally co-produced by ESPN before commissioner Roger Goodell reportedly pushed the network to back out of its deal with PBS — this seems possible. But then again, the controversy caused by ESPN backing out probably gave the film more publicity than it would have had otherwise. And that film didn’t have Will Smith.”

You can watch the trailer above, and see the movie when it’s released on Christmas Day. To read Bloomberg’s article “Is The NFL Like The Tobacco Industry?” visit Bloomberg.com. And to read VOX’s story “Will Smith’s New Movie ‘CONCUSSION’ Terrifies The NFL” visit VOX.com. To watch Frontline’s terrific documentary, League Of Denial, visit PBS.org. To learn more about the film visit CONCUSSION-Movie.com. 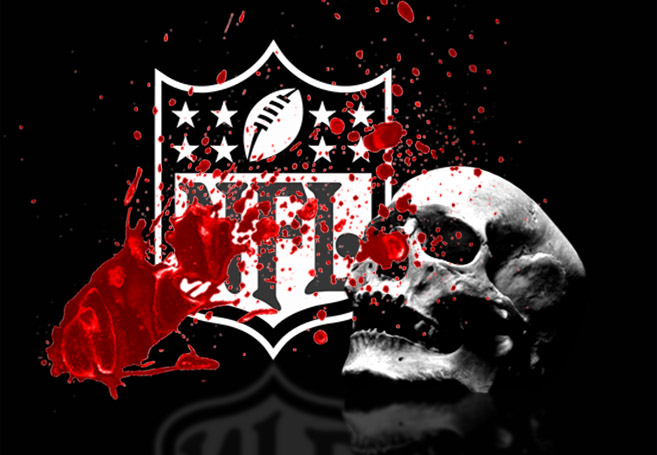