By The Sea is the upcoming drama written and directed by, and starring Angelina Jolie. Set in France during the mid-1970s, Vanessa (Jolie), a former dancer, and her husband Roland (Brad Pitt), an American writer, travel the country together. They seem to be growing apart, but when they linger in one quiet, seaside town they begin to draw close to some of its more vibrant inhabitants, such as a local bar/café-keeper and a hotel owner. By The Sea is set for release in North America on November 13, 2015, and was produced by Pitt’s Plan B production company. 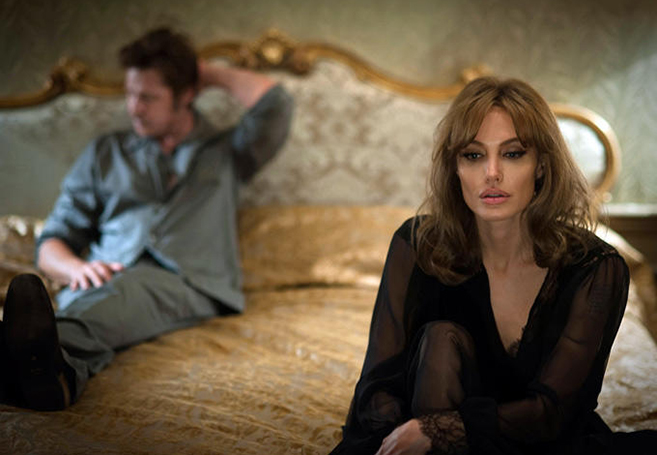 Previous post:
The WOW Files: This Video Of Pro Skateboarders Riding The New LEXUS Hoverboard Is Amazing To Watch Next Post:
Reboot Your Summer And Listen To HAIM’s Terrific Cover Of Tame Impala’s “Cause I’m A Man”