On Friday, Microsoft CEO Satya Nadella announced to the BBC that the company’s highly anticipated hologram wireless headset, the HoloLens, will be available “within the next year.” The groundbreaking new augmented reality device is not the same thing as Facebook’s Oculus Rift virtual reality headset. While Oculus Rift is more of a virtual reality device, the HoloLens headset “will overlap holograms into a user’s vision of their environment, and will run the new Windows 10 independent of a tethering smartphone or computer. Users can create their own holograms within the company’s HoloStudio and 3D print the finished result,” writes Rhiannon Williams of The Telegraph. “Alex Kipman, who was one of the key developers behind the Xbox’s Kinect sensor, said the HoloLens was the ‘first fully untethered holographic computer.'” In the meantime, if you can’t wait any longer, and you need something to tide you over until the HoloLens goes on sale, you can build your own makeshift hologram projector for your smartphone by following the instructions in the video above. And to learn everything about Microsoft’s HoloLens be sure to visit the official site at Microsoft.com and check out some photos and videos below. 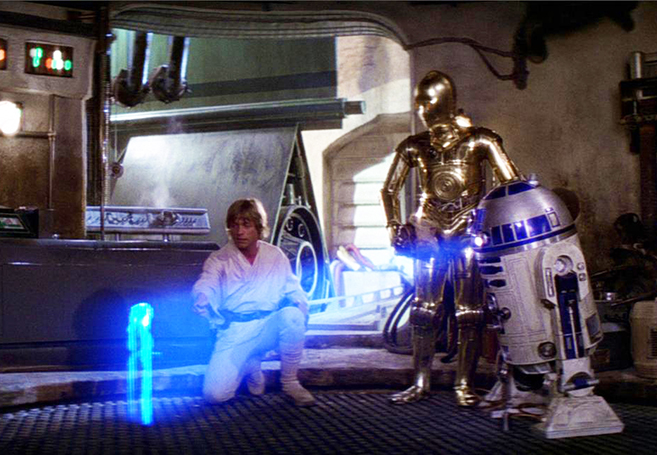 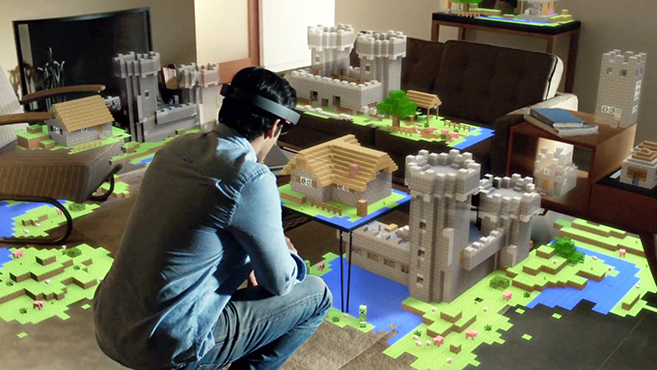 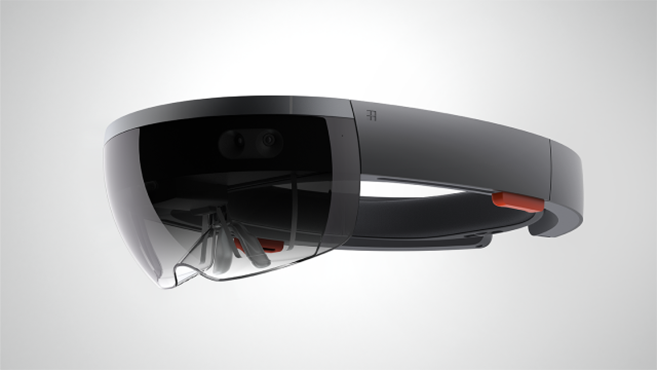 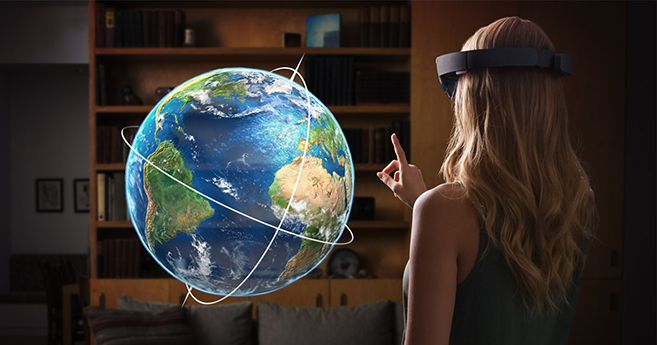 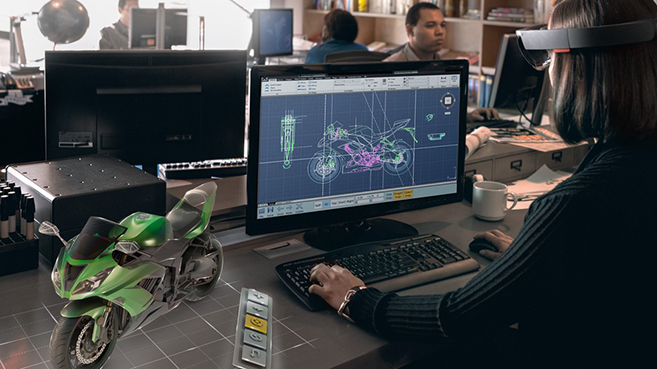