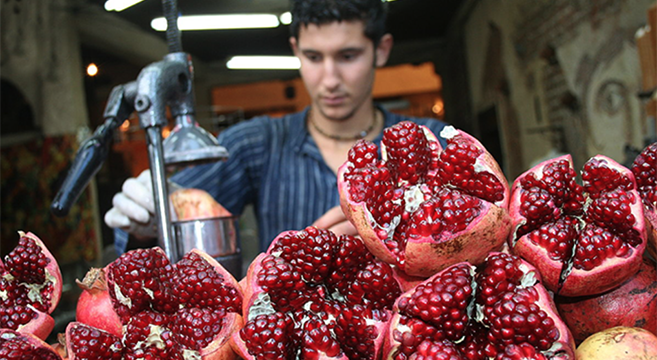 California regulators announced some good news on Thursday when they revealed the state has exceeded its water conservation goal in the first month of drought cutbacks. The Guardian reports, “[State officials said] water use fell by 27% in June, passing the governor’s conservation target in the first month of mandatory cutbacks during the drought. Data released on Thursday by the State Water Resources Control Board shows 265 out of 411 local agencies hit or nearly reached savings targets. Governor Jerry Brown previously ordered an overall 25% reduction in urban water use. His administration gave each community nine months to hit assigned conservation targets as high as 36%.”

Farmers in the state’s agricultural epicentre, the Central Valley, have been the hardest hit — farmers, after all, were responsible for 85% of the state’s water consumption before the drought. But fruit farmers in particular are discovering that the water cutbacks are having some surprisingly positive benefits on their fruit crops. For example, one study on the state’s pomegranate trees — trees which are now on a water diet of 65% less water — found the fruits are better than they were before the restrictions.

Maddie Oatman of Mother Jones reports, “The resulting pomegranates were smaller … and the fleshy, fuchsia seeds tasted even more delicious than normal, says Banuelos. ‘They tasted sweeter because there’s less dilution,’ he explained. ‘The sugary taste is enhanced because there’s less water.’ Preliminary results from an experiment Centofanti just completed on Crimson seedless and Sugarone variety table grapes in Delano and Mecca, California, reveal that giving the vines 25 to 50 percent less water yields darker, sweeter, and smaller grapes.” So not only are the fruits sweeter, they’re just as healthy as they were before.

In related news, it’s worth noting that a shrinkage in fruit size is probably a good thing. After centuries of genetic hybridization and selective breeding, the fruits we see in our grocery stores today are obese mutants compared to what they were originally. One expert, for example, has compared renaissance painting documentation of fruit from the mid 1600s — such as the the watermelons immortalized in Giovanni Stanchi’s painting below — to demonstrate how much our fruit has changed over time.

Phil Edwards of Vox writes, “Over time, we’ve bred watermelons to have the bright red color we recognize today. That fleshy interior is actually the watermelon’s placenta, which holds the seeds. Before it was fully domesticated, that placenta lacked the high amounts of lycopene that give it the red color. Through hundreds of years of domestication, we’ve modified smaller watermelons with a white interior into the larger, lycopene-loaded versions we know today.” You can read the fascinating story in full by visiting Vox.com. (story sources: Mother Jones and Kottke; photo credits: Wikiwand, Christie Images Ltd. 2015, Shutterstock) 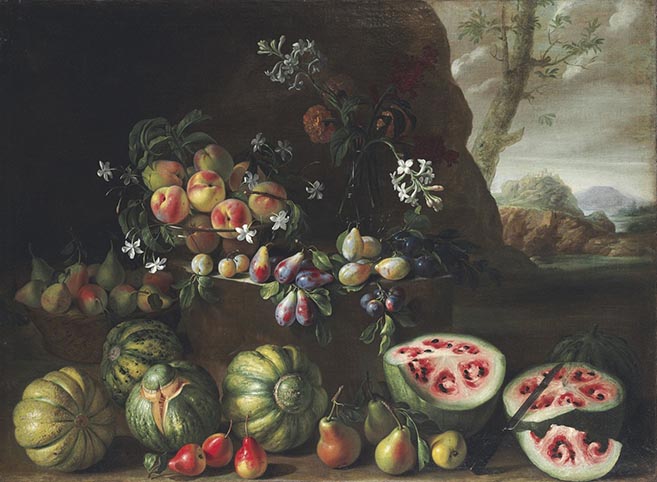