The first trailer for Rick Alverson‘s critically acclaimed new ★★★★★ dark comedy, ENTERTAINMENT‬, just arrived, giving us our first glimpse at one of this year’s most highly anticipated films. The synopsis reads, “A broken, aging comedian tours the California desert, lost in a cycle of third-rate venues, novelty tourist attractions, and vain attempts to reach his estranged daughter. By day, he slogs through the barren landscape, inadvertently alienating every acquaintance. At night, he seeks solace in the animation of his onstage persona. Fueled by the promise of a lucrative Hollywood engagement, he trudges through a series of increasingly surreal and volatile encounters.” Director Rick Alverson (The Comedy, New Jerusalem, The Builder) also co-wrote he script with Tim Heidecker & Gregg Turkington (both of whom also star in the film). John C. Reilly, Tye Sheridan, Michael Cera, Amy Seimetz, and Lotte Verbeek round out the terrific cast. ENTERTAINMENT opens November 13th, and you can follow the film on Facebook for all the latest updates, visit the film’s site at Magnolia Pictures, and follow Rick Alverson on Twitter as well. 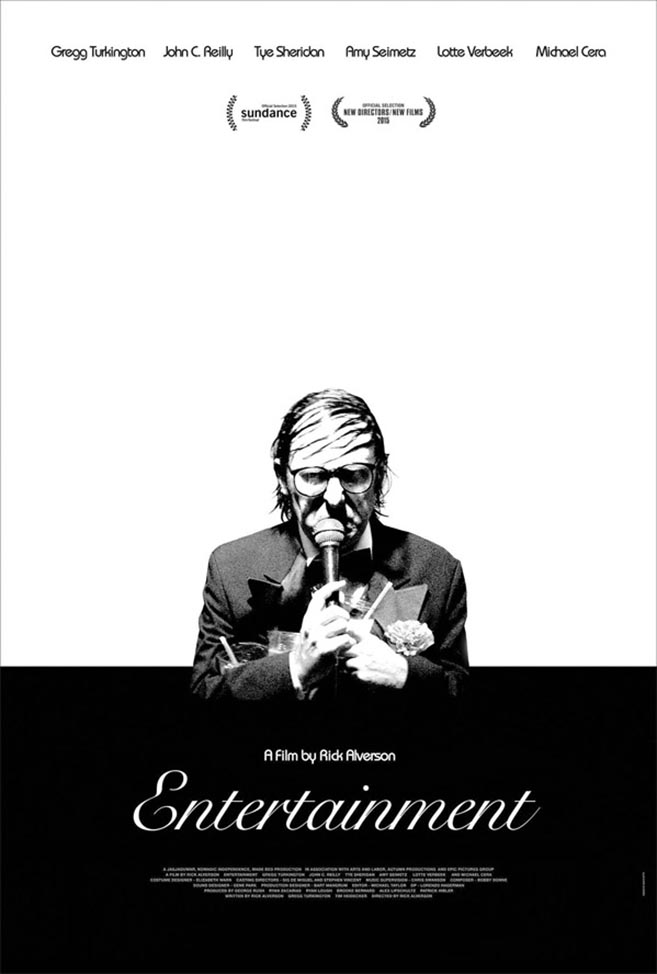 Previous post:
Baby Elephant Plays With Swallows On South African Roadside & Breaks The Internet With Cuteness Next Post:
California’s Water Restrictions Are Having Two Amazing Effects On The Quality Of The State’s Fruits