As the world tries to collect itself in the wake of that terrible killing of Cecil The Lion, it’s nice to know there’s at least one place in the world where innocence is still alive and well. And judging from the video above, that place so happens to be on a small stretch of road in South Africa’s gorgeous Kruger National Park. It’s here where a group of folks captured this video of a baby elephant having a grand ol’ time horsing around with a flock of swallows. It’s hard to top the cuteness here, but a close runner-up might be those five Alaskan Malamute puppies riddled with confusion at the sound of their owner’s music box. (Source: TIME)

EDITOR’S NOTE: If you are looking for the very best guide to South Africa’s National Parks be sure to visit LiveOnceLiveWild.com. 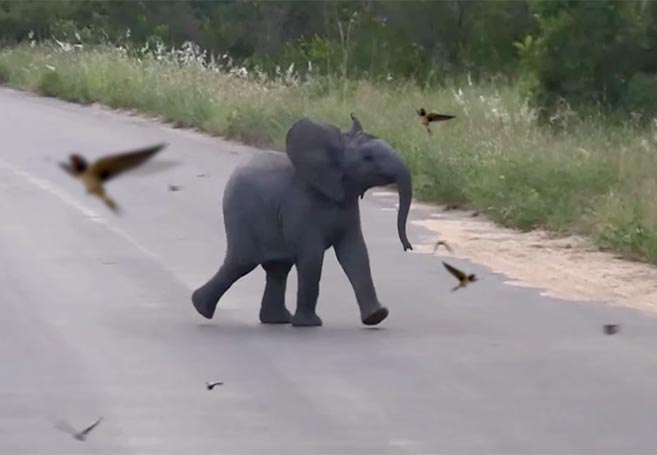