Spotlight is the new film by Academy Award-nominated screenwriter and director, Thomas McCarthy, and written by McCarthy and Josh Singer, which will soon be showing at the 72nd Venice International Film Festival and in the Special Presentations section of the 2015 Toronto International Film Festival. It tells the true story of The Boston Globe‘s “Spotlight” team, the oldest continuously operating newspaper investigative unit in the United States, and their coverage of the Massachusetts Catholic sex abuse scandal, for which The Globe won the 2003 Pulitzer Prize for Public Service. The film stars Mark Ruffalo, Rachel McAdams, Brian d’Arcy James, Michael Keaton, Stanley Tucci, Liev Schreiber, and Billy Crudup, and opens in North America on November 6, 2015. To read The Boston Globe‘s full archives and coverage of sex abuse in the Catholic Church CLICK HERE. (Second photo below courtesy of Globe file, 1980: Thomas Winship, William Taylor, Sandy Hawes, Joan Venocchi, Nils Brazelius, Ellen Goodman, Stephen Kurkjian, and Bill Henry celebrating their Pulitzer Prize win in 1980) 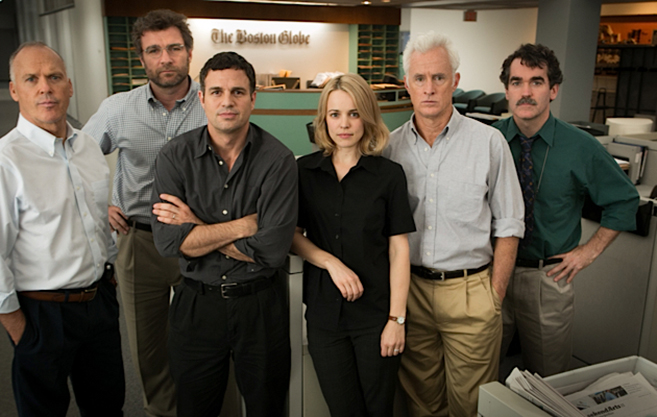 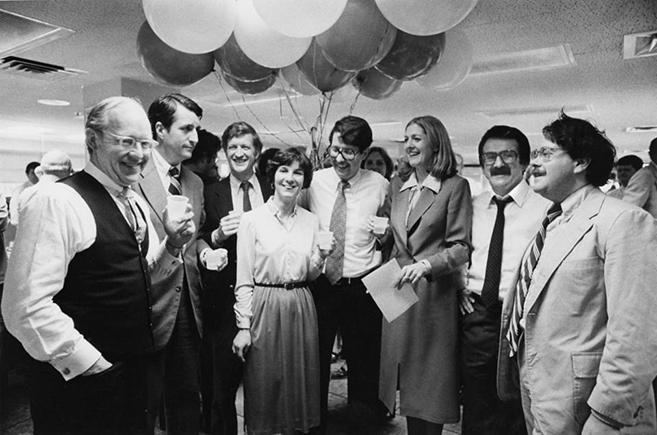