On July 9, 2015, Lutfu Tanriover and his three friends were scuba diving off the coast of his hometown of Fethiye, Turkey. Little did he know he and his buddies were about to encounter one of the ocean’s rarest organisms ever to be captured on film. 72-feet (22m) below the surface they discovered a giant translucent orb measuring 13-feet in diameter (4m), which was soft to the touch and overall had a gelatinous consistency. They were dumbfounded not only by what the orb was — but also by what it contained.

They nicknamed it “The Thing,” posted the video, and in no time at all, experts at the Smithsonian Museum of Natural History in Washington were blown away. Dr. Michael Vecchione of the Smithsonian solved the mystery when he revealed the orb is, in fact, a giant squid egg mass filled with approximately 600,000 to 2,000,000 baby squids ready to hatch. Only once before has a giant squid egg mass of this scale ever been discovered, occurring back in 2008 in the Gulf of California. These are so rare because experts believe they usually exist at much lower depths than divers can typically reach, and the egg sac itself only exists for around 3 days. Vecchione and his team believe the mother squid which made the egg sac in the video above is the large red flying squid, which can reach lengths of 5-feet (1.5m), and has suckers with teeth as you can see in the photo below. 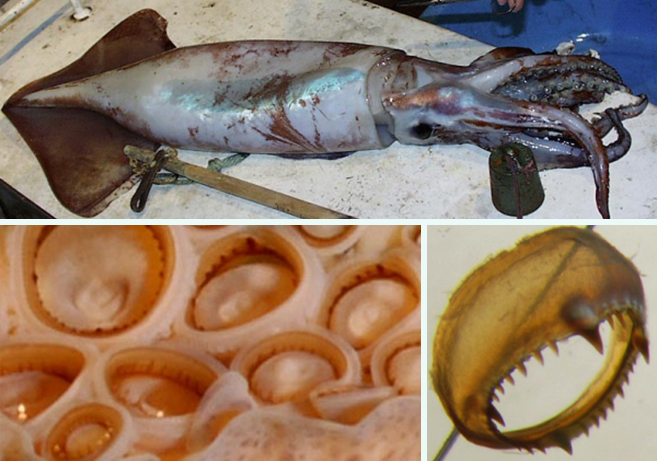 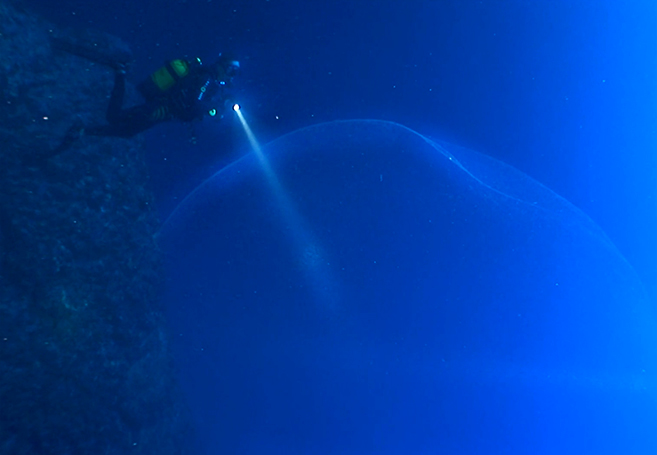