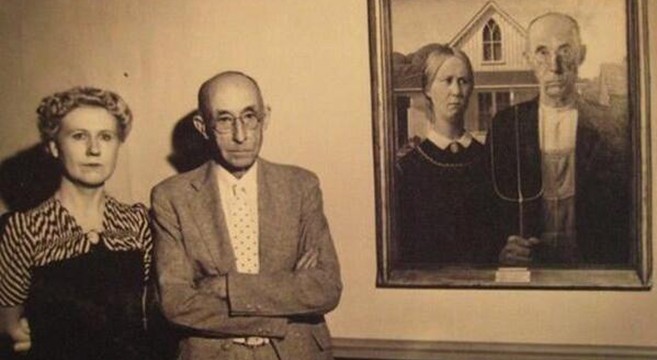 In the fall of 1930, Iowa painter Grant Wood (1891-1942) entered his painting entitled American Gothic into an art competition at the Art Institute of Chicago. Measuring 30.75″ x 25.75″ (78cm x 65.3 cm), the oil on beaver board work won Wood the 3rd prize of $300 — but that almost didn’t happen. Judges were initially not impressed, dismissing the work as a trifling “comic valentine,” but at the very last minute an influential museum patron convinced the judges to reconsider — otherwise Wood never would have won anything at all, and the painting would have been lost to history forever. In the 85 years since, American Gothic has become one of the most iconic images in 20th century American art.

The Art Institute of Chicago writes,”The impetus for the painting came while Wood was visiting the small town of Eldon in his native Iowa. There he spotted a little wood farmhouse, with a single oversized window, made in a style called Carpenter Gothic. ‘I imagined American Gothic people with their faces stretched out long to go with this American Gothic house,’ he said. He used his sister, Nan Wood Graham, and his dentist, Byron McKeeby (pictured above), as models for a farmer and his daughter, dressing them as if they were ‘tintypes from my old family album.’ The highly detailed, polished style and the rigid frontality of the two figures were inspired by Flemish Renaissance art, which Wood studied during his travels to Europe between 1920 and 1926. After returning to settle in Iowa, he became increasingly appreciative of midwestern traditions and culture, which he celebrated in works such as this. American Gothic, often understood as a satirical comment on the midwestern character, quickly became one of America’s most famous paintings and is now firmly entrenched in the nation’s popular culture. Yet Wood intended it to be a positive statement about rural American values, an image of reassurance at a time of great dislocation and disillusionment. The man and woman, in their solid and well-crafted world, with all their strengths and weaknesses, represent survivors.”

The house itself survives to this day, and surprisingly enough it’s very much a real residence. The Los Angeles Times profiled its unlikely inhabitant, and you can watch the story in full below. Although the painting is many respects is technically priceless and will likely never be sold at a private auction, it is appraised with a value of well over $10 million. It is part of the permanent collection of the Art Institute of Chicago. To learn more about the house you can visit AmericanGothicHouse.net. 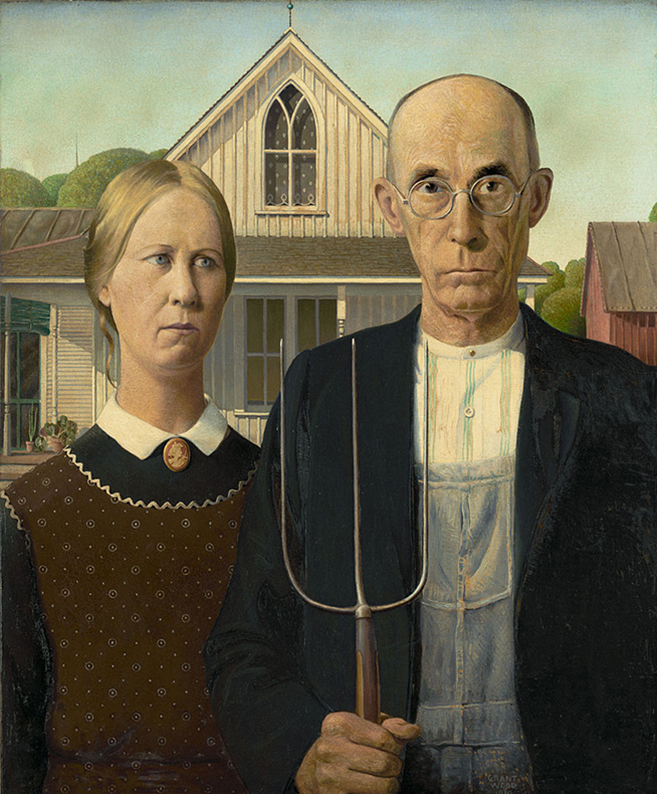 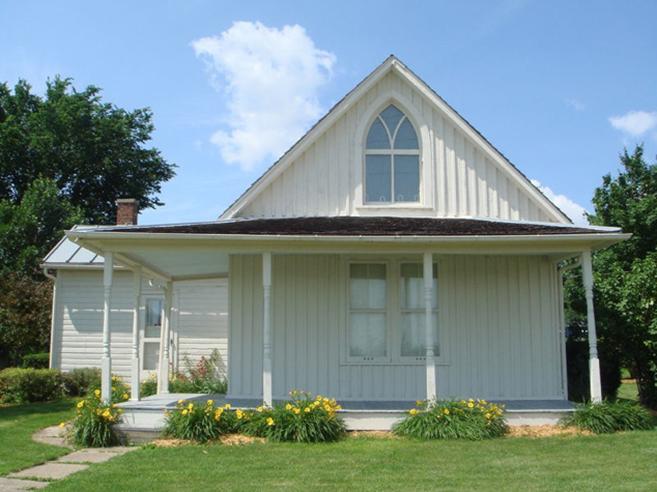 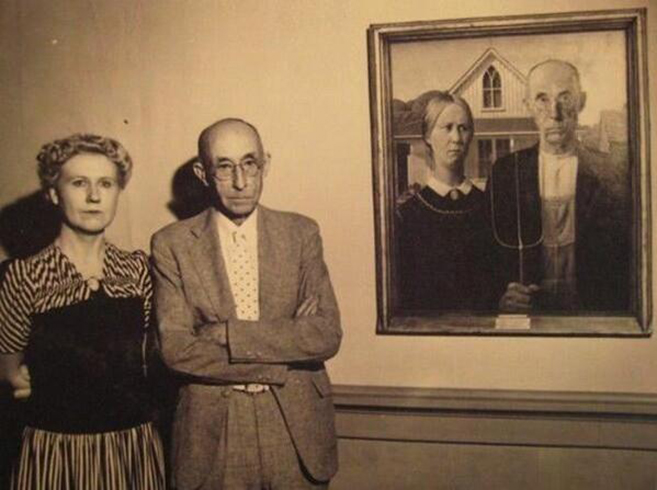 Previous post:
Watch Travel Expert Explain Why Expedia, Orbitz, Trip Advisor & Others Soon Might No Longer Exist Next Post:
This “60 Minutes” Report On Wikipedia Will Give You New Respect For The World’s Greatest Website