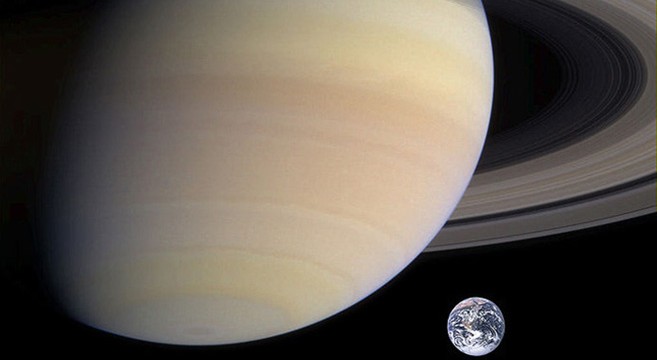 NASA’s Electromagnetic Recordings From Jupiter, Saturn, Neptune & Beyond Will Give You Goosebumps

Although outer space is a vacuum, this does not mean that sound does not exist. Sound can exist in the form of electromagnetic vibrations, and the specially designed instruments about NASA’s Voyager probes 1 and 2 have been recording these sounds as each probe moves further and further towards interstellar space.

The Voyager 1 and Voyager 2 probes were designed to study the outer Solar System. They were launched in 1977 to take advantage of a favorable alignment of Jupiter, Saturn, Uranus, and Neptune, and are now exploring the outer boundary of the heliosphere. Although their original mission was to study only the planetary systems of Jupiter and Saturn, Voyager 2 continued on to Uranus and Neptune, and both Voyagers are now tasked with exploring interstellar space. Their mission has been extended three times, and both probes continue to collect and relay useful scientific data.

On August 25, 2012, data from Voyager 1 indicated that it had become the first human-made object to enter interstellar space, traveling “further than anyone, or anything, in history”. As of 2013, Voyager 1 was moving with a velocity of 17 kilometres per second (11 mi/s) relative to the Sun. Voyager 2 is expected to enter interstellar space within 2016, and its plasma spectrometer should provide the first direct measurements of the density and temperature of the interstellar plasma.

Listen below to a selection of some of Voyager’s greatest recordings, as well as recordings from the Cassini mission to Saturn. And I never miss an opportunity to repost Max Shishkin’s terrific cinematic tribute to outer space (see very bottom).