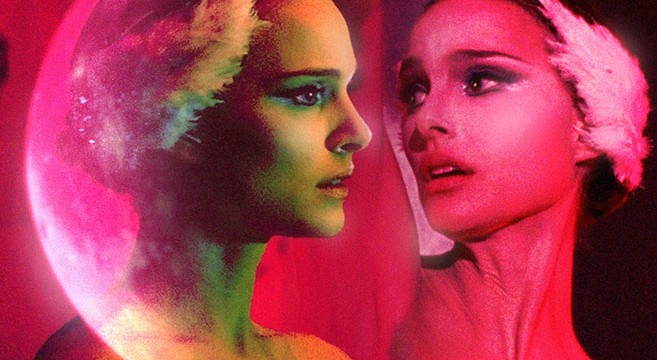 Researchers at the University of Urbino recently conducted a 10-minute eye-staring experiment with 20 healthy young individuals and the results were shocking to say the least. Participants would sit face-to-face, two people at a time, and were forced to stare at each other in the eyes for 10 minutes at a time under low light. The results of the study were published by the National Institutes of Health: “Results indicate dissociative symptoms, dysmorphic face perceptions, and hallucination-like strange-face apparitions. Dissociative symptoms and face dysmorphia were correlated. Strange-face apparitions were non-correlated with dissociation and dysmorphia.”

“These results indicate that dissociative symptoms and hallucinatory phenomena during interpersonal-gazing under low illumination can involve different processes. Strange-face apparitions may characterize the rebound to ‘reality’ (perceptual reality caused by external stimulus and hallucinatory reality caused by internal input) from a dissociative state induced by sensory deprivation. These phenomena may explain psychodynamic projections of the subject׳s unconscious meanings into the other׳s face. The results indicate that interpersonal gazing [between two people] can be an effective tool for studying experimentally-induced dissociative symptoms and hallucinatory-like apparitions.”

The study’s abstract adds: “In normal observers, gazing at one’s own face in the mirror for a few minutes, at a low illumination level, triggers the perception of strange faces, a new visual illusion that has been named Strange-Face In The Mirror. Individuals see huge distortions of their own faces, but they often see monstrous beings, archetypal faces, faces of relatives and deceased, and animals. In the experiment described here, strange-face illusions were perceived when two individuals, in a dimly lit room, gazed at each other in the face. Inter-subjective gazing compared to mirror-gazing produced a higher number of different strange-faces. Inter-subjective strange-face illusions were always dissociative of the subject’s self and supported moderate feeling of their reality, indicating a temporary lost of self-agency. Unconscious synchronization of event-related responses to illusions was found between members in some pairs. Synchrony of illusions may indicate that unconscious response-coordination is caused by the illusion-conjunction of crossed dissociative strange-faces, which are perceived as projections into each other’s visual face of reciprocal embodied representations within the pair. Inter-subjective strange-face illusions may be explained by the subject’s embodied representations (somaesthetic, kinaesthetic and motor facial pattern) and the other’s visual face binding. Unconscious facial mimicry may promote inter-subjective illusion-conjunction, then unconscious joint-action and response-coordination.”

The researchers also conducted the same experiment with a larger group of test subjects (50 people) and the results were even more intriguing. “At the end of a 10 min session of mirror gazing, the participant was asked to write what he or she saw in the mirror. The descriptions differed greatly across individuals and included: (a) huge deformations of one’s own face (reported by 66% of the fifty participants); (b) a parent’s face with traits changed (18%), of whom 8% were still alive and 10% were deceased; (c) an unknown person (28%); (d) an archetypal face, such as that of an old woman, a child, or a portrait of an ancestor (28%); (e) an animal face such as that of a cat, pig, or lion (18%); (f ) fantastical and monstrous beings (48%).”

The authors add: “The participants reported that apparition of new faces in the mirror caused sensations of otherness when the new face appeared to be that of another, unknown person or strange ‘other’ looking at him/her from within or beyond the mirror. All fifty participants experienced some form of this dissociative identity effect, at least for some apparition of strange faces and often reported strong emotional responses in these instances. For example, some observers felt that the ‘other’ watched them with an enigmatic expression — situation that they found astonishing. Some participants saw a malign expression on the ‘other’ face and became anxious. Other participants felt that the ‘other’ was smiling or cheerful, and experienced positive emotions in response. The apparition of deceased parents or of archetypal portraits produced feelings of silent query. Apparition of monstrous beings produced fear or disturbance. Dynamic deformations of new faces (like pulsations or shrinking, smiling or grinding) produced an overall sense of inquietude for things out of control.”