Director Sean Baker stole the show at Sundance earlier this year when his low-budget, ★★★★★, post-camp transgender, L.A.-set Christmas comedy, Tangerine, had its big premiere. Made for $100,000 (courtesy of producer, director, actor and writer Mark Duplass) and filmed on an iPhone 5, Tangerine is pulling in some seriously brilliant reviews. The Playlist writes: “Like a shot of vitamin C or a streak of a SoCal sunset, Tangerine is a stream of pure energy. Fresh, funny, original, and energetic, director Sean Baker’s film captures the seedy, gritty streets of Hollywood. It will surely ring true to many who know the town, but the film nonetheless refracts Los Angeles through the perspective of its two leading ladies [both transgender prostitutes], Sin-dee (Kitana Kiki Rodriguez) and Alexandra (Mya Taylor).” In her review for The New York Times Manohla Dargis writes,“the most astonishing thing about this perfectly cast, beautifully directed movie is the tenderness with which he foregrounds marginalized characters who in other films are often used to add a little ‘color’ to other people’s lives.” And Justin Chang of VARIETY touted its “bracingly cinematic wide-screen look that takes on an almost radioactive glow.” WIRED also explains why Tangerine is so amazing — and it has nothing to do with it being filmed on an iPhone 5 (HINT: part of it has to do with the song below.) You can read the full story at WIRED.com. You can also read two terrific articles on the film at The New York Times and The Creators Project. 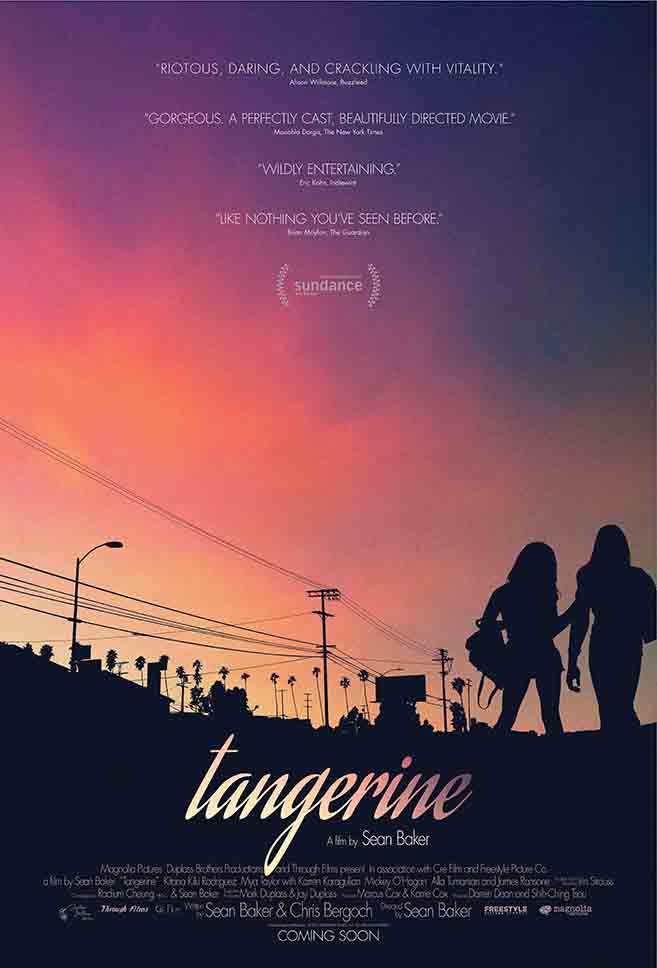