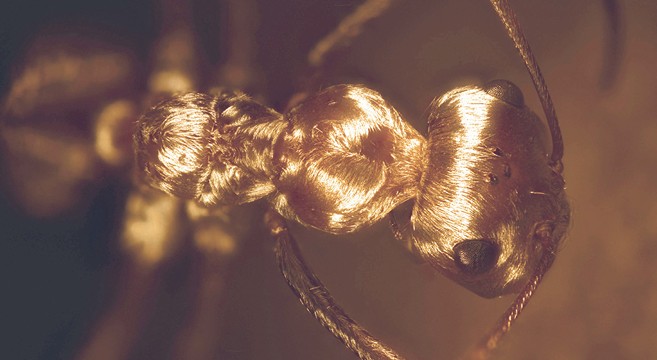 Evolution has provided one of Africa’s most fascinating insects with the powerful ability to defy the intense Saharan sun. The Saharan silver ants, protected by a dense array of silver hairs, each hair being one-micron thick and triangular in cross-section, are able to reflect a huge amount of visible and near-infrared light (the hottest wavelength), as well as re-emit heat in a process known as “black body radiation” which provides an extra layer of cooling ability. Their undersides have no hair because it would absorb the sand’s infrared radiation and be detrimental. The silver armour is ideal when the ants’ #1 predator — the ant lizard — takes its afternoon nap. The hair, which one researcher says makes the ants look like drops of mercury — allows the insect to scavenge for 10 minutes to chow down on less fortunate dead insects and anthropods as their top predators are snoozing. Other evolutionary advantages of the Saharan silver ant are its long legs and “heat shock proteins” which further boost its sun defiance. Ten-minute scavenging sessions are the max, however, as their body temperatures cannot climb above 53.6°C (Saharan sand can easily reach 70°C). For added interest I’ve also attached a spectacular video of what happened when researchers filled a massive subterranean ant colony with concrete and then excavated it in order to reveal the complexity of its inner structure. What they discovered was beyond their wildest imagination. (Photos courtesy of Norman Nan Shi and Nanfang Yu, Columbia Engineering, Vincent Amouroux & Mona Lisa production/ Science Photo Lab, New Scientist) 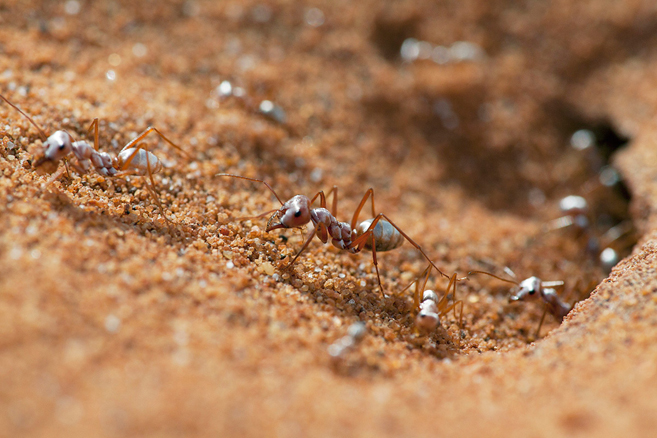 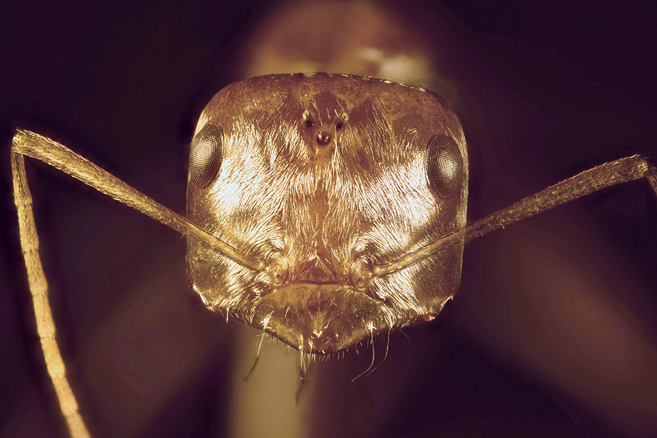