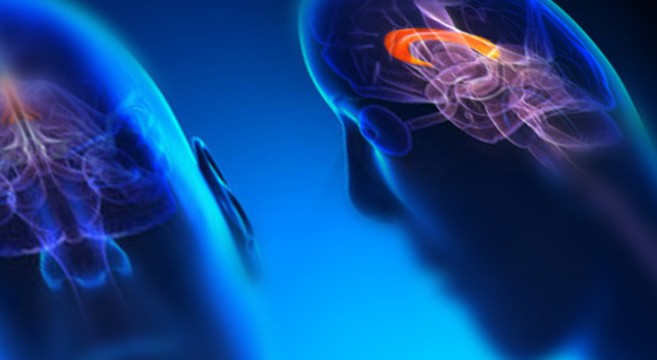 Neuroscientists have just discovered that high levels of moral reasoning correspond with increased gray matter in the brain. The study’s authors from the Perelman School of Medicine at the University of Pennsylvania summarize: “Individuals with a higher level of moral reasoning skills showed increased gray matter in the areas of the brain implicated in complex social behavior, decision making, and conflict processing as compared to subjects at a lower level of moral reasoning, according to new research.” The research was conducted in a collaboration between Perelman scientists as well as experts at the Wharton School of the University of Pennsylvania, and a researcher from Charité Universitätsmediz in Berlin, Germany. The team studied students in the Masters of Business Administration (MBA) program at the Wharton School. You can read more at ScienceDaily.com. For more great stories about the human brain be sure to visit The Human Brain on FEELguide.
(Credit: © decade3d / Fotolia)

SEE ALSO: Primate Research Shedding New Light On The Origins Of Morality And Its Purpose

Previous post:
Madonna & Led Zeppelin Mashup Brilliantly In “Justify A Whole Lotta Love” Next Post:
This 8-Minute Profile Of Neon Artist Matt Thompson Will Give You A New Appreciation For The Art