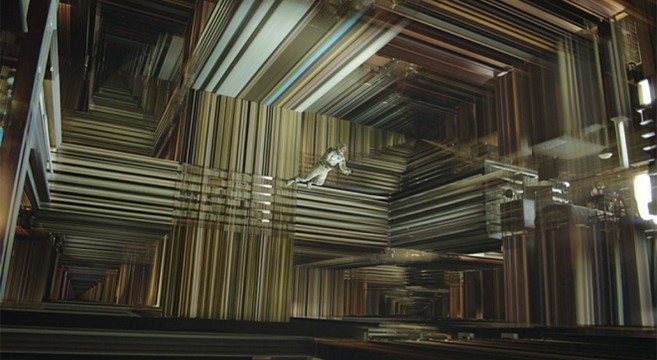 Truth is almost always stranger than fiction, as demonstrated by a team of Australian physicists at ANU who recently conducted an astonishing experiment which has proven that what happens to particles in the past is only decided when they are observed and measured in the future. “Until such time, reality is just an abstraction.”

The experiment was based on John Wheeler’s delayed-choice thought experiment, which involves a moving object that is given the choice to act like a particle or a wave. The group reversed Wheeler’s original experiment, and used helium atoms scattered by light. As Science Daily writes: “Common sense says the object is either wave-like or particle-like, independent of how we measure it. But quantum physics predicts that whether you observe wave like behavior (interference) or particle behavior (no interference) depends only on how it is actually measured at the end of its journey. This is exactly what the ANU team found.”

“It proves that measurement is everything. At the quantum level, reality does not exist if you are not looking at it,” said Associate Professor Andrew Truscott from the ANU Research School of Physics and Engineering. You can learn more by visiting ScienceDaily.com, SecondNexus.com, and Nature.com.

The discovery will no doubt have time travel theorists bouncing off the walls with joy. Look like once again what used to be science fiction is now science fact. In keeping, filmmaker Max Shishkin has put together this stunning collection of clips from some of cinema’s most epic space adventures, and combined the montage with Hans Zimmer’s mindblowing track “Mountains” from the soundtrack of the time travel epic Interstellar. Add Anthony Hopkins’ narration of Dylan Thomas’s poem “Do Not Go Gentle Into That Good Night” and it sets a very appropriate tone for such a remarkable breakthrough.

SEE ALSO: The Nature Of Reality And Why There Is A 10% Chance You Are Dreaming At This Very Second
SEE ALSO: For First Time In History Scientists Photograph Light Behaving As A Particle & A Wave Simultaneously
SEE ALSO: Entanglement Systems: How The Laws Of Physics Allow And Even Encourage Teleportation & Time Travel