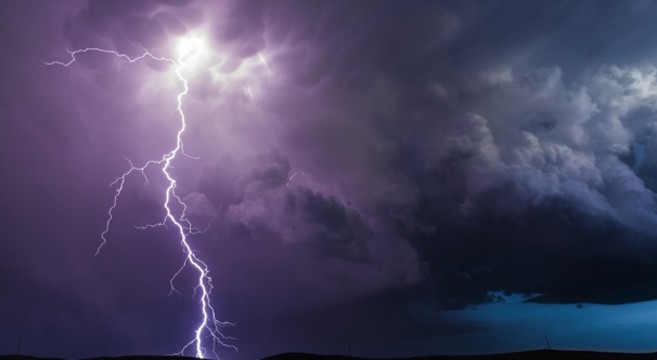 Physicists are baffled by an airplane’s unprecedented encounter with a massive dose of antimatter of unknown origin. Nature writes: “Although powerful storms have been known to produce positrons — the antimatter versions of electrons — the antimatter observed by Dwyer and his team cannot be explained by any known processes, they say. ‘This was so strange that we sat on this observation for several years,’ says Dwyer, who is at the University of New Hampshire in Durham. To answer these and other questions, Dwyer needs fresh observations of the innards of thunderclouds. To that end, he and others are sending balloons straight into the most violent storms, and the US National Science Foundation even plans to fly a particle detector on an A-10 ‘Warthog’ — an armoured anti-tank plane that could withstand the extreme environment. ‘The insides of thunder­storms are like bizarre landscapes that we have barely begun to explore,’ says Dwyer.” In similar WTF news, I came across this example of what’s known as a Lichtenberg Figure — a phenomenon that occurs when an electrical charge (such as a bolt of lightning) hits a specific kind of material and gets trapped inside of it. Jessica Orwig of Business Insider writes: “In order to get the electrons to discharge inside of the glass or acrylic, you must first insert charged particles into the material through a process called irradiation. Then, that sets up the same conditions that lead to a lightning strike: When the electrons from the cathode ray meet the charged portions of the insulating material, those portions instantly become electrically conductive and you get a miniature, but powerful, lightning strike.” You can check out the video below, as well as other examples of Lichtenberg Figures. (Image above via Eric Meola/Corbis)

SEE ALSO: One Of The Most Insane Lightning Strikes Ever Captured On Video
SEE ALSO: Stunning Footage Of Lightning From Space, And Storms On Uranus So Big They’re Visible From Earth 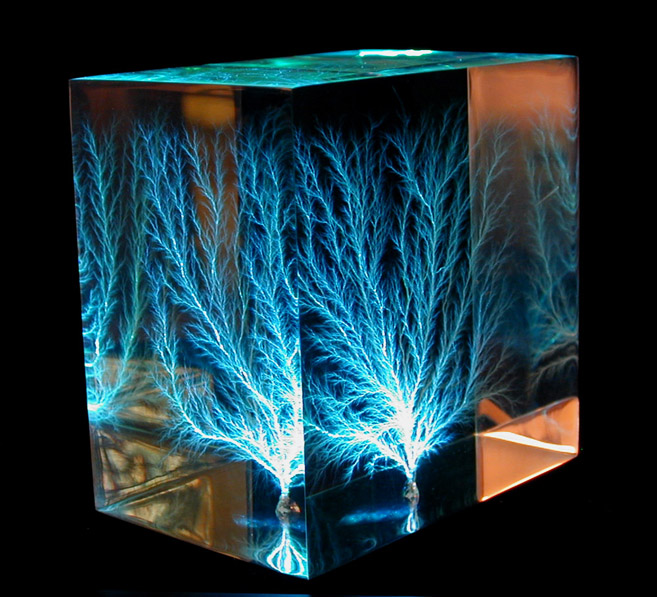 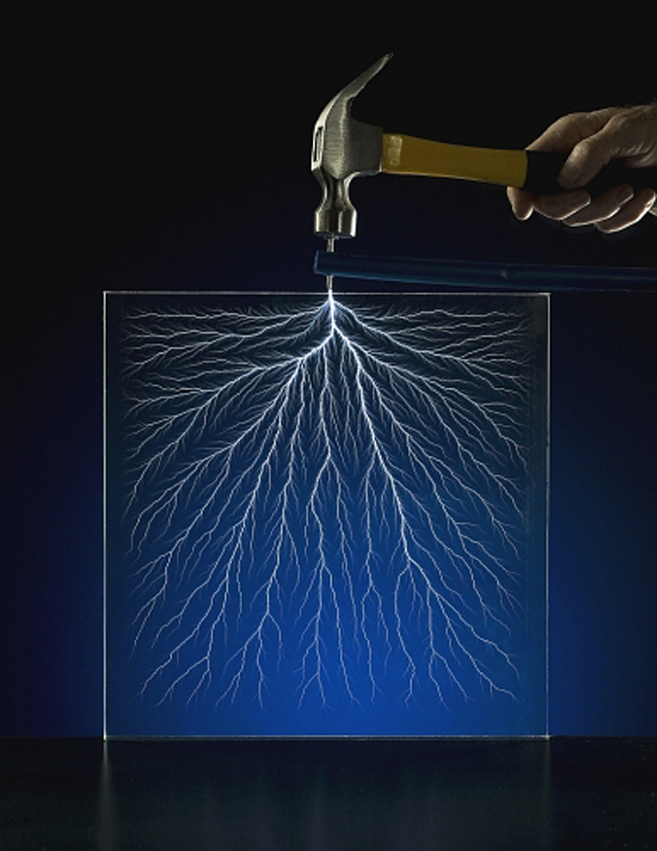 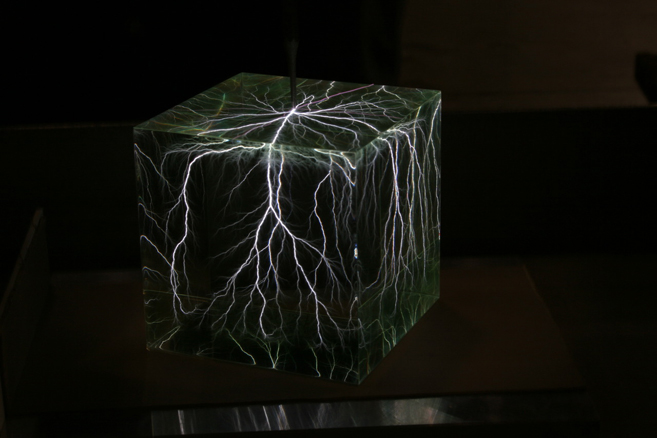 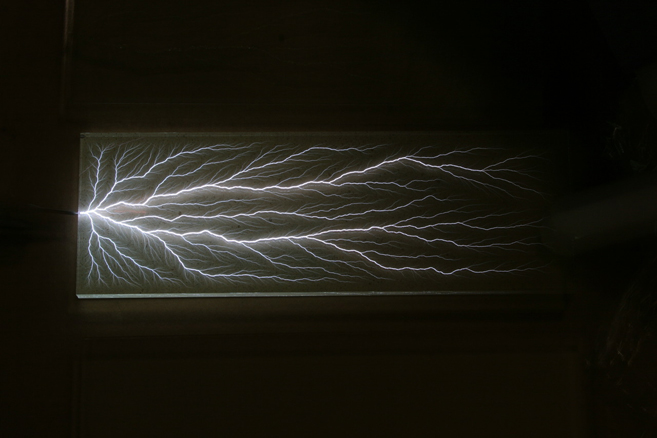 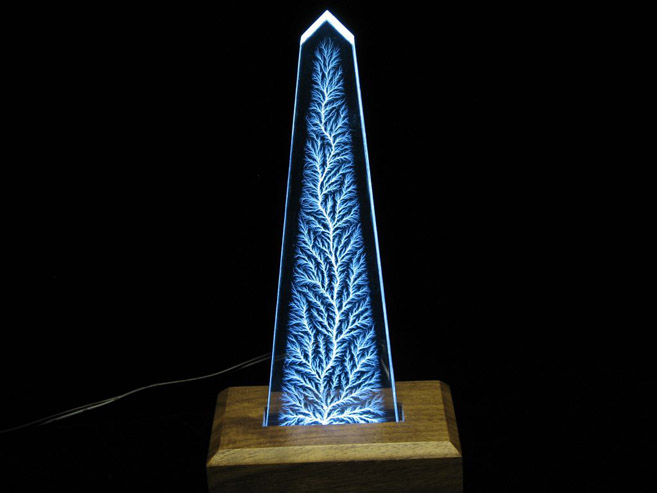 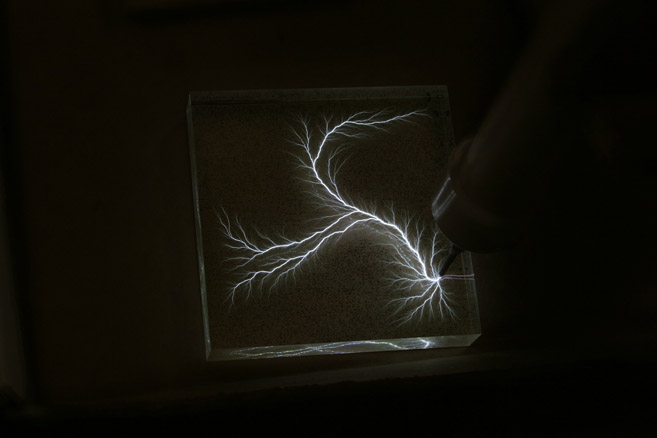