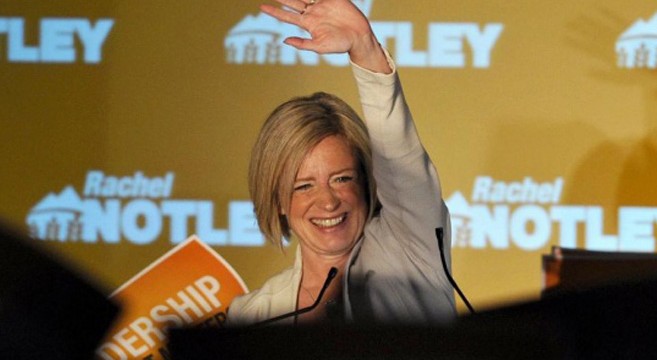 In what can only be described as a seismic shift in the Canadian political landscape, the New Democratic Party rocked Tuesday’s Alberta election by sweeping to victory and ending the province’s 44-year-long conservative dynasty. “We made a little bit of history tonight,” the province’s New Democrat leader, Rachel Notley, told supporters. John Barber of London’s The Guardian writes: “The result marks the latest and most surprising setback to prime minister Stephen Harper’s signature diplomatic effort to transport bitumen from Alberta’s tar sands to world markets through the controversial Keystone XL pipeline. During the campaign, Notley promised to withdraw provincial support for the project, raise corporate taxes and also potentially to raise royalties on a regional oil industry already reeling from the collapse in world prices.”

“Notley led her party from a four-seat toehold in the provincial legislature to a commanding majority of 54 with a buoyant campaign that contrasted sharply with the flatfooted effort of the Progressive Conservatives under leader Jim Prentice, a former Harper cabinet member often touted as a future Conservative prime minister. Despite being one of a handful of PC candidates returned to office, Prentice resigned both his new seat and his leadership after the rout.” You can read the full story by visiting Guardian.com.

In honor of his home province’s exciting new direction, Broken Social Scene frontman, Kevin Drew, dusted off an old tune to pump up the celebration. “Wrote a tune about my time in Alberta these last few years and thought today is the day to share it,” write Drew on Soundcloud. “A lot of tunes of mine end up sitting on shelves but I’m dusting off this one to honour the celebration of change that has occurred. It’s wonderful to see that people are still full of surprises. XO” (Sources: Guardian and ISO50, photo courtesy of Dan Riedlhuber/Reuters) 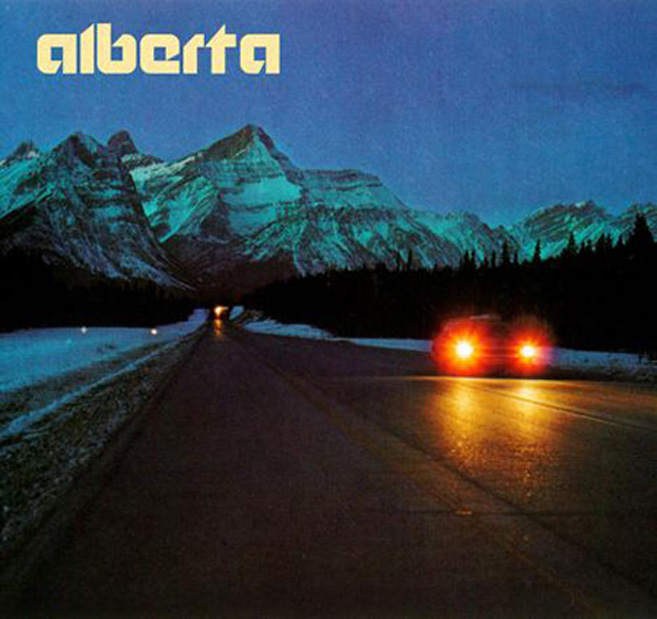 Previous post:
LINKguide (May 7, 2015) Next Post:
The WOW Files: Go Inside THE VOID, The World’s First Holodeck Park Opening Summer 2016