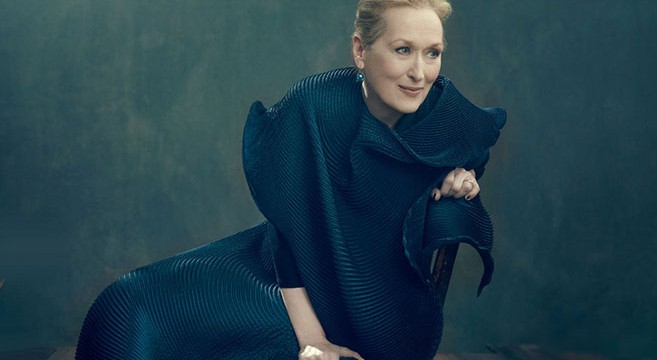 VARIETY is reporting that Meryl Streep has donated a “significant” amount of her own money to fully fund the entire budget of a new lab for women screenwriters over 40. It’s called The Writers Lab, and it’s a joint project between New York Women in Film & Television, as well as IRIS, a collective of women filmmakers. The program aims to expand opportunities for women screenwriters over 40, and applications are being accepted from May 1-June 1, 2015. The eight selected writers will be announced on August 1, who will be guests at the retreat located in a beautiful part of upstate New York. A group of notable mentors have already been selected to participate in the inaugural year of The Writers Lab, including: producer Caroline Kaplan (Boyhood), Kirsten Smith (Legally Blonde), and Jessica Bendinger (Bring It On). The announcement of the Lab’s creation was made at a special presentation today at this year’s Tribeca Film Festival. You can send in your own application by visiting NYWIFT.org. (Photo courtesy of The Hollywood Reporter)