The Washington Post‘s Osman Malik, Cameron Blake and Julio C. Negro couldn’t resist seeing what would happen if the opening credits for Game Of Thrones were reworked with a Washington twist. Power, sex, murder, loyalty, revenge — these timeless themes seem to fit right in with the D.C. milieu. And who knows, by November 2016 the biggest throne of all might very well belong to the most powerful woman in human history. Earlier today Hillary Clinton unveiled her campaign launch video as she kicks off her road to the White House. Check out her video below, and her slick new site at HillaryClinton.com. 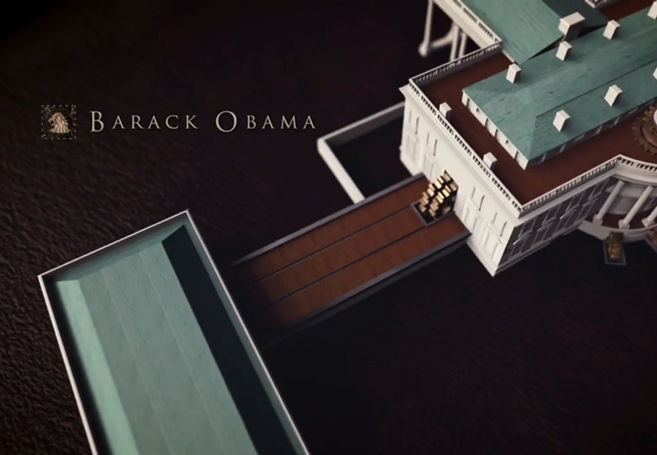 Previous post:
Watch This Fascinating Look At The Art & Psychology Of Carefully Choosing A Brand’s Name Next Post:
Watch How Evocative Design™ Is Building Our Next Generation Of Homes Out Of Mushrooms