From the co-creator of Friends, the new Netflix original comedy Grace & Frankie stars Jane Fonda and Lily Tomlin as two women who form an unlikely bond after their husbands reveal they are gay and leave them for each other. Tara Fowler of People magazine writes: “Needless to say, the two ladies, who famously costarred in the 1980 hit film 9 to 5, don’t handle the split very well, bringing a whole new meaning to the five stages of grief. ‘These women’s worlds are forever changed,’ Fonda told People about the series’ shocking revelation last month. ‘Everything they thought they knew about their lives is over.'” All 13 episodes launch on Netfix on May 8th. 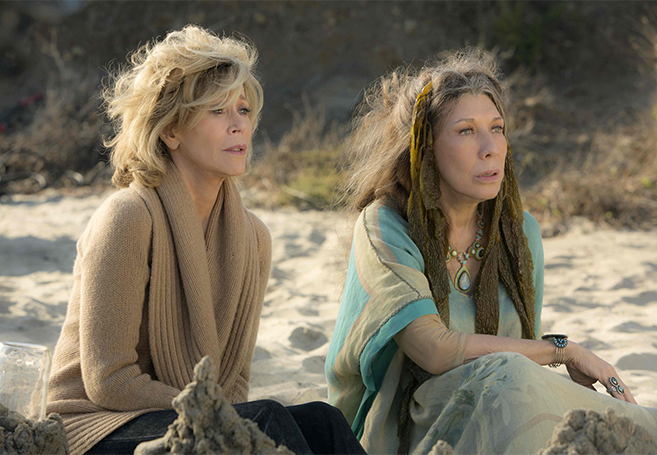