Living in Montreal’s Mile End area I have seen first-hand how horrible it must be for any woman who finds herself trapped in an Orthodox Hasidic Jewish cult. I even know of one poor woman who tried to leave her husband when she discovered he was having an affair with another woman in New York. The entire (yes — entire) Hasidic Jewish community of Montreal’s Mile End borough descended on her front porch to publicly and violently shame her for attempting to leave the community. From people who witnessed it, the experience was awful and unbearably traumatic for her.

Women in the Hasidic Jewish community here are treated as nothing more than baby factories, and are one of the most subjugated women’s groups in the entire world. And just like Mile End’s sister community of Brooklyn in New York, these cultures find themselves smack dab in the middle of hipster central. In the brand new film Félix and Meira, we get a glimpse of what this collision of cultures must feel like for a young woman who wants to escape the clutches of the medieval and suffocating Mile End Hasidic cult she finds herself in.

Yesterday VANITY FAIR‘s Jordan Hoffman previewed a short clip from the film above, which captures a gorgeously atmospheric moment of Meira as she’s walking home late one night through one of Mile End’s iconic off-the-grid laneways. Hoffman writes: “Meira (Hadas Yaron, whose recent turn in Fill the Void makes her the go-to actress for Haredi women) is an individual who isn’t too keen on the path her closed society has laid out for her. Though she’s already got one child (and more is expected of her, as frequent procreation of the faithful will lead, they believe, to the coming of the Messiah), it has dawned on Meira that there’s a whole other world out there. A world that, for starters, is allowed to play Wendy Rene records without a jerk husband yelling about exposing an infant to ‘those distortions.’ ” Félix and Meira won the award for Best Canadian Feature Film at the 2014 Toronto International Film Festival. 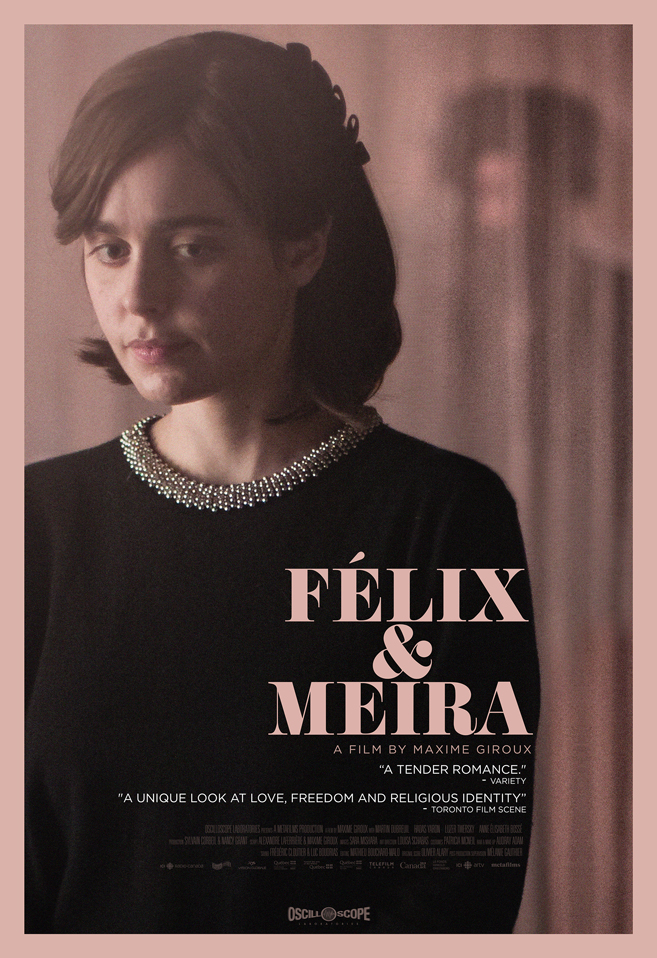 Previous post:
We Become What We Behold: Watch Jason Silva’s Fascinating Thoughts On The Power Of Ontological Design Next Post:
Students Discover Their Gorgeous Ph.D. Mathematics & Engineering Professor Is Also A Top Supermodel