A Tale Of Two Watches: One Cures Cancer Using Zapper & The Other Is World’s Most Expensive At $40M

Talk about a study in contrast. This week it was discovered that Google’s Life Sciences Division, also known as the semi-secret Google X (go inside Google X by visiting FastCompany.com) is developing a cancer-curing watch. In simplistic terms, the watch works by sending “tiny magnetic particles into patients’ bloodstreams, activated via smart wristband, to zap cancer cells,” explains Laura Feinstein of GOOD. “The particles would then launch a precision attack on cells, as well as the micro-pathogens associated with other diseases.” While on the extreme opposite end of the watch spectrum, Graff Diamonds have unveiled a record-setting diamond-encrusted watch at Baselworld in Switzerland. As Bloomberg Business reports, the watch is officially the world’s most expensive, coming in at a whopping $40 million. Two different watches, two very different moral and ethical objectives. (Image below is a glimpse at Google’s wearable and magnetic nanoparticles. U.S. Patent and Trademark Office / Via appft.uspto.gov).

SEE ALSO: Billionaire With Balls: “60 Minutes” Profiles The Tony Stark Of Cancer Who Is Close To A Cure
SEE ALSO: The Magnetic Nanobot “Trucks” That Carry Medicine Straight To Your Brain Through Your Blood
SEE ALSO: Engineers Invent Nanometal That Can Change From Being Hard To Soft At The Flip Of A Switch
SEE ALSO: The WOW Files: Microscope Video Shows Tiny Gold Motors Being Driven Around Inside Cancer Cells 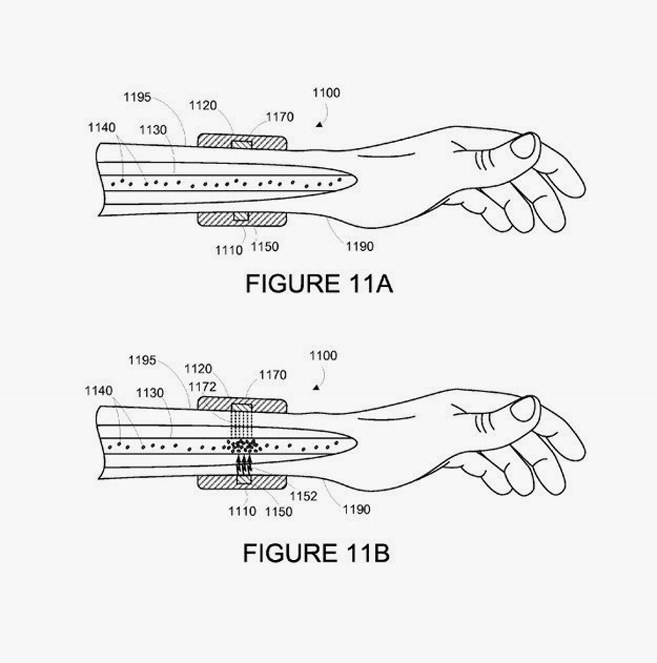