Director David Robert Mitchell‘s critically acclaimed ★★★★★ indie horror film, It Follows, has succeeded in finding the best per-theatre-average of any film — indie or major — so far in 2015. Indiewire writes: “In four theaters, the RADiUS-TWC release — which premiered back in Cannes last May — managed a fantastic $163,000 gross, averaging $40,750 per theater. Following a group of teenagers pursued by a supernatural entity after having sex, the film was definitely boosted by critical acclaim almost unheard of for the horror genre. ‘The best reviews of the year, smart horror fans, sex, and Friday the 13th combined to deliver an extraordinary opening,’ Tom Quinn, Co-President of RADiUS said. ‘We’re looking forward to a robust theatrical expansion filled with dread and mayhem.’ “ 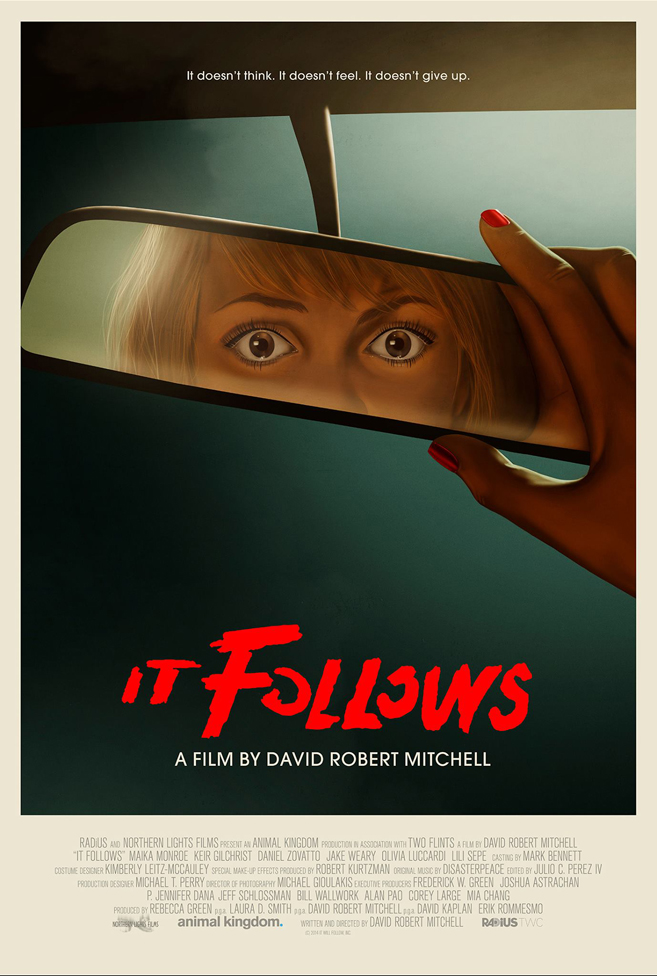