In his 1966 masterpiece, The Order Of Things: An Archaeology of the Human Sciences, French philosopher Michel Foucault gave us an elegant explanation of the hidden power and origins of words — each being a symbol of an idea, coalescing into a larger collection of symbols which becomes language. For instance, the origin of the word “dentist” can be traced to the physical expression and sound made by the clicking of your teeth with the letters “d” and “t”. All words can be traced to an origin of a similar kind.

Foucault writes: “And if one is forced to descend below the level of individual syllables to the very letters of the words, one can still find the values of a rudimentary form of nomination. A task to which, to his greater — though even more perishable — glory. Court de Gebelin really applied himself: ‘the labial contact, the easiest to bring into play, the gentlest, the most gracious, served to designate the first beings man comes to know, those who surround him and to whom he owes everything’ (papa, mama). On the other hand, ‘the teeth are as firm as the lips are mobile and flexible; the intonations that proceed from them are strong, sonorous, noisy …’ It is by means of dental contact that one expresses the ideas that lie behind such verbs as tonner (to thunder), retentir (to resound), etonner (to astonish); it is by this means too that one denotes tambours (drums), timbales (tim-pani), and trompettes (trumpets). Vowels, too, in isolation, are able to unfold the secret of the age-old names that usage has buried within them: A for possession (avoir, to have), E for existence, I for puissance (power), O for etonnement (astonishment, eyes opened wide), U for humidite (humidity) and therefore for humeur (mood).”

Foucault adds: “Roots may be formed in several ways. By onomatopoeia, of course, which is not a spontaneous expression, but the deliberate articulation of a sign that is also a resemblance: ‘to make the same sound with one’s voice as the object that one wishes to name’. By employing a resemblance experienced in one’s sensations: ‘the impression made by the colour red, which is vivid, rapid, harsh to the eye, will be very well rendered by the sound R, which makes an analogous impression upon the ear’. By imposing movements upon the organs of the voice analogous to those one wishes to signify: ‘so that the sound resulting from the form and natural movement of the organ when placed in this state becomes the name of the object’; the throat rasps to designate the rubbing of one body against another, it hollows itself inside to indicate a concave surface. Finally, by employing the sounds an organ naturally produces to designate that organ: the glottal stop determined the name of the throat in which it occurs, and the dentals (d and t) are used to designate the teeth. Using these conventional articulations of resemblance, every language is able to provide itself with its pack of primitive roots. The pack is a small one, since the roots are almost all monosyllabic and exist only in very small numbers — two hundred for Hebrew, according to Bergier’s estimate; and even smaller when one remembers that (because of the relations of resemblance that they establish) they are common to almost all of our languages: de Brosses thinks that all of them together, from all the dialects of Europe and the Orient, would not fill ‘a single sheet of writing paper’.”

In a related sense, our names (i.e. symbol) which are given to us at birth behave in an inverse effect — instead of coming from a root physical expression-based origin to express an idea, our names have an unconscious effect on our behavior for the rest of our lives (i.e. our name becomes the idea, and ourself the symbol). The New Republic writes: “In a 2002 paper in the journal Attitudes and Social Cognition, psychologists from the State University of New York at Buffalo, led by Brett Pelham, found that people’s first and last names may have an impact on the jobs they end up in, thanks to a phenomenon called implicit egotism. ‘The essential idea behind implicit egotism,’ they write, ‘Is that people should prefer people, places, and things that they associate (unconsciously) with the self — people’s positive automatic associations about themselves may influence their feelings about almost anything that people associate with the self.’ Research on the mere ownership effect shows that giving people objects such as pens or keychains causes people to evaluate these objects more favorably than they would otherwise. If people instantly acquire positive feelings about objects once these objects become part of the self, it stands to reason that people should develop deep and abiding affections for objects that are chronically associated with the self.” Vanessa Hill of BrainCraft™ explains how and why in her video above. (Photo by Zlatan Ibrahimovic). 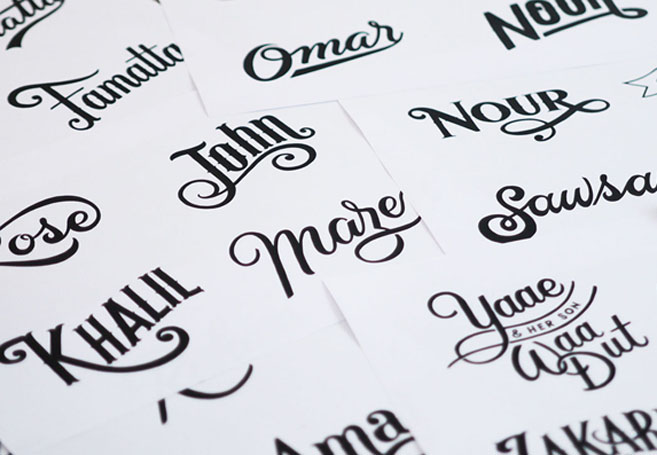 Previous post:
All Brown Eyes Are Blue Underneath And There’s Now A Laser Eye Surgery To Turn Them Blue Permanently Next Post:
Watch Dev Hynes & Neneh Cherry’s Awesome “He She Me” For Selfridges’ Gender-Free Fashion Line