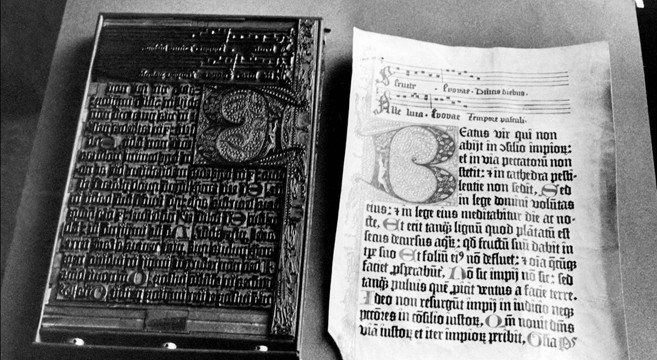 On Tuesday, Princeton University announced it had just received the largest donation in its 269-year history. Princeton alumnus William H. Scheide, from the class of 1936, passed away last year at the age of 100 and left a $300 million rare book collection to his alma mater. The collection includes the famed Gutenberg Bible of 1455, the very first printed editions of Shakespeare’s plays, the first six editions of the Bible, an autographed 1856 speech by Abraham Lincoln on the topic of slavery, the first printed editions of William Shakespeare’s plays, a 1754 journal written by Major George Washington years before he became America’s first President, an autographed music sketchbook from Beethoven (as well as manuscripts from Bach, Mozart, Schubert, and Wagner), and much more. You can read more details about the astonishing collection at CNN.com. And if you think Princeton’s new rare book collection is out of this world — wait until you watch 60 Minutes‘ unprecedented look inside the Vatican Library below. (Photo source: Keystone-France/Gamma-Keystone via Getty Images).
.
SEE ALSO: 60 Minutes Gets An Impossibly Rare Tour Of The Vatican Library’s Mindshattering Works Of Art
SEE ALSO: The Atlantic Takes A Fascinating Look At Thomas Jefferson’s Personally-Edited Bible And The Complexities Behind Its Smithsonian Preservation
.