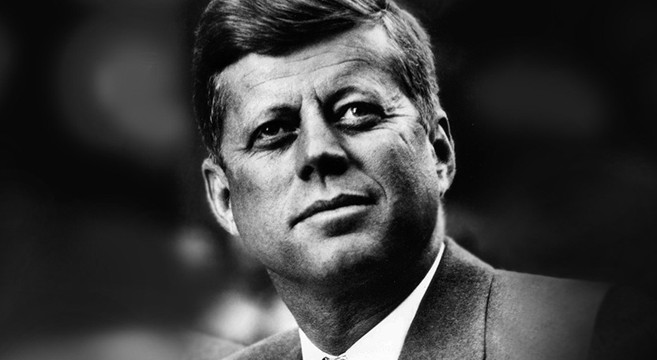 In his new book Party Like a President, author Brian Abrams sheds some light on some of the more nefarious activities that a long list of Presidents engaged in while in office. “There’s the office: President of the United States. And then there’s the man in the office — prone to temptation and looking to unwind after a long day running the country. Celebrating the decidedly less distinguished side of the nation’s leaders, Abrams offers a compelling, hilarious, and true American history on the rocks — a Washington-to-Obama, vice-by-vice chronicle of how the presidents like to party. From explicit love letters to slurred speeches to nude swims at Bing Crosby’s house, reputations are ruined and secrets bared. George Washington brokered the end of the American Revolution over glasses of Madeira. Ulysses S. Grant rarely drew a sober breath when he was leading the North to victory. And it wasn’t all liquor. Some presidents preferred their drugs — Nixon was a pill-popper. And others chased women instead — both the professorial Woodrow Wilson (who signed his love letters “Tiger”) and the good ol’ boy Bill Clinton, though neither could hold a candle to Kennedy, who also received the infamous Dr. Feelgood’s “vitamin” injections of pure amphetamine.”

In an exclusive excerpt published by Esquire, Abrams goes into detail about one night, just a few weeks before the Cuban Missile Crisis erupted, when JFK got absolutely blitzed off three joints in a row, and actually refused the fourth out of concern that if the Russians got up to something he would be incapacitated: “Surely one highlight took place at 1600 Penn when Lawford and Kennedy gave a dose of amyl nitrite to either Fiddle or Faddle (who can keep track?) and watched as the intern suffered a panic attack. They were both too chicken to try the poppers themselves, but Kennedy dabbled in more than his share of psychedelics. One night, at the height of the Cold War, Jack smoked three marijuana cigarettes with Mary Pinchot Meyer, the ex-wife of a CIA official and — shockingly — a Kennedy mistress who visited the White House two to three times a week when Jackie was out of town. When offered a fourth joint, the president begged off. ‘Suppose the Russians did something now,’ wondered the bloodshot-eyed leader of the free world. Apparently, one can deal with a Soviet ripple in the Cold War when stoned—just not that stoned.”

You can read the full excerpt — which included even more Presidential insanity than this — by visiting Esquire.com, and grab your own copy of Party Like a President at Amazon. To cleanse your palate you can watch presidential historian Doris Kearns Goodwin’s absolutely brilliant TED Talk below about the presidents who inspire her the most.

SEE ALSO: The Net Worth Of Every American President, From Washington To Obama
SEE ALSO: The Extraordinary New Jackie O Tapes Reveal The Dark Side Of Camelot, JFK In Tears, And Disdain For LBJ
.