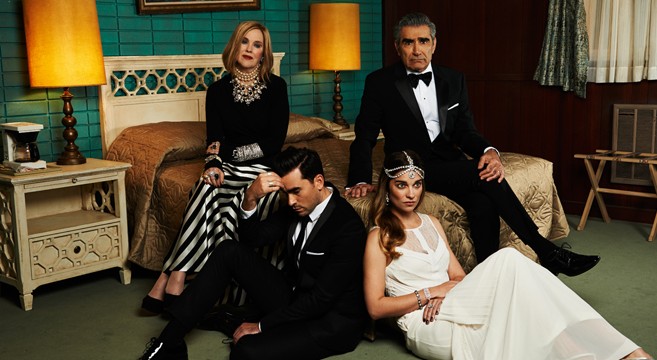 Schitt’s Creek is far and away the funniest show on television, and its two stars, Eugene Levy and Catherine O’Hara recently paid a visit to the TODAY show and NPR to talk about the show. Schitt’s Creek premiered this week on the POP network, and I can’t say enough about this show — it’s that hilarious. You can watch their TODAY show appearance below, and listen to Eugene & Dan Levy’s NPR interview at NPR.org. To learn more about the show CLICK HERE, and to read People magazine’s great review of the show be sure to visit People.com.(Photo courtesy of ITV).
.

Previous post:
Watch Patricia Arquette’s Awesome Insight Into Transgenderism, Bruce Jenner & Living Your Truth Next Post:
You Can Now Be Better, Faster, Stronger With Own Your Play-At-Home DAFT PUNK Keyboard