14 years ago when Richard Linklater presented longtime collaborator and close friend Ethan Hawke with the idea for Boyhood, neither of them had any idea how much the project would come to mean to them in the years ahead. At one point early on in the project, Linklater told Hawke that if he were to die during the process he wanted Ethan to finish it for him — that’s how much faith Linklater has in Hawke, both as an artist and as a friend. Recently Hawke sat down with Charlie Rose to discuss his Oscar nomination for Boyhood, as well as his philosophy on the art of acting, and how the film emerged out of an inspiration from Tolstoy’s Childhood, Boyhood, Youth trilogy. This is easily one of the most fascinating conversations on the craft of acting that I have ever seen, and later when Rose plays a clip from Dead Poets Society, Hawke is overcome with emotion and the interview goes to an even higher level. This is far and away one of the most riveting Charlie Rose interviews I have ever seen. 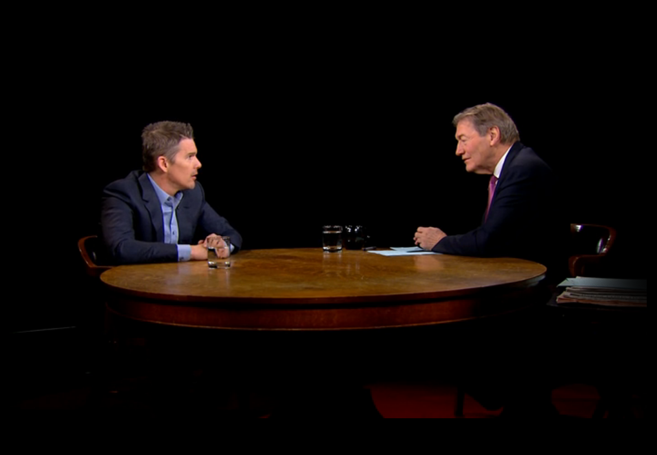