Designed by legendary visual effects artist Phil Tippett, the design of Jabba the Hutt was inspired by the anatomy of several animal species. His body structure and reproductive processes were based on annelid worms, hairless animals that have no skeleton and are hermaphroditic. Jabba’s head was modeled after that of a snake, complete with bulbous, slit-pupilled eyes and a mouth that opens wide enough to swallow large prey; and his skin was given moist, amphibian qualities. Now a terrific new 20-minute documentary takes us behind the scenes of Jabba the Hutt’s design, construction, and the huge team required to operate the massive puppet. You can watch it in full above. 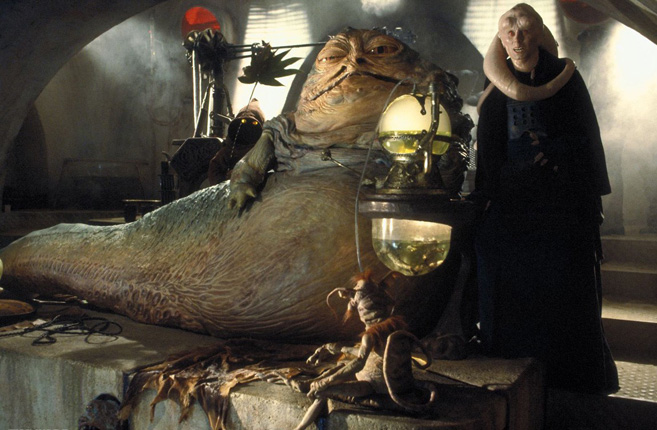 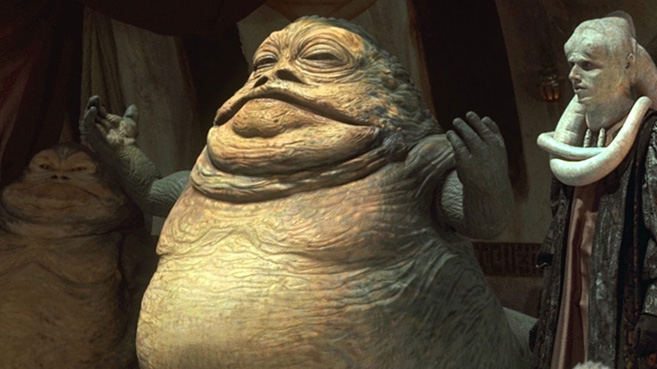 Previous post:
NASA Astronomer Dr. Michelle Thaller On Existence: “We Are Dead Stars Looking Back At The Sky” Next Post:
Watch The Trailer For The Stunning ★★★★★ New York City Ballet Documentary “Ballet 422”