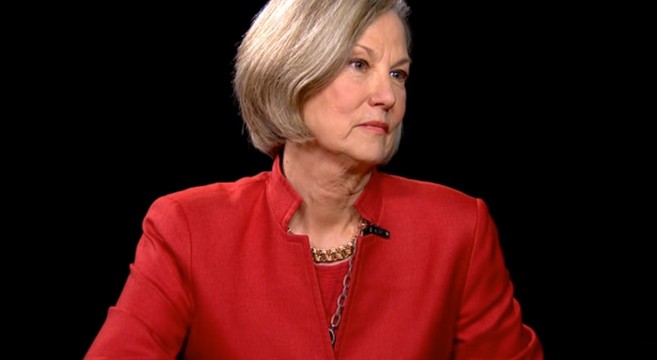 Karen Elliott House is one of the world’s foremost experts on Saudi Arabia, and in 2012 during a promotional tour for her book On Saudi Arabia (Amazon) she sat down for a brilliant conversation with Charlie Rose. The interview is as relevant and foretelling as it ever was, in light of the recent death of Saudi Arabia’s King Abdullah. The King’s new successor, King Salman, is only “half there” as he is riddled with dementia and Alzheimer’s. Yes, this is the man who is on watch over the biggest cornerstone of stability in the Middle East at this very moment. Recently the kingdom has come under fire for its outrageous human rights violations against women, homosexuals, and critics of Islam. A Saudi blogger was recently sentenced to 10 years in jail and 1,000 lashes for insulting Islam. The sentencing has sparked a global outrage that Saudi Arabia must evolve towards a more human level of tolerance. As House explains in the opener: “I don’t come out after 30 years of going there — and 5 years intensively on reporting this book — I don’t come out optimistic about the longevity of that family, for several reasons.”