“Of Course!”: Watch This One-Hour Supercut Of Angela Lansbury’s Epiphanies From “Murder She Wrote”

Last October I was telling you about the incredibly bizarre and creepy “tingleheads” fetish that is growing in popularity. Tingleheads experience a phenomenon that’s known as ASMR (autonomous sensory meridian response) — what Wikipedia describes as “a distinct, pleasurable tingling sensation in the head, scalp, back, or peripheral regions of the body in response to visual, auditory, tactile, olfactory, or cognitive stimuli.” YouTube is filled with ASMR-inducing content, and the TODAY show profiled the movement last fall, talking to some of the people who produce the content, as well as others who get braingasms while watching it (you can watch the report below). There’s something out there for everyone I guess. In any case, ASMR videos were the first thing I thought of when I came across this one-hour supercut of Angela Lansbury‘s epiphanies from the 80s TV series Murder She Wrote (1984-1996) set in the fictional town of Cabot Cove.

Zach Hollwedel of The Playlist writes: “Editor Isaac Royffe has taken the time to compile a nearly hour-long video he calls ‘The Many Epiphanies Of Jessica Fletcher,’ and we’re glad he did. The tribute video showcases some of the best, most bizarre moments when realization struck Fletcher. From an offhanded remark to a short notice in the newspaper, no clue was too small or too inconsequential for the teacher/writer/sleuth.” Whether you’re a fan of Murder She Wrote or not, the compilation is impressive in its own right. I can’t imagine how much work went into this.

In a strange way, there’s something oddly soothing about the clips. I can’t say I experienced any tingling sensations in the back of my head, but it definitely had me waxing nostalgic of those days many years ago when I had dick-all to do as a little boy but spend my Sunday nights watching an old lady solving crimes on TV. But who knows — maybe the video might spark a new “Lansburyheads” movement.  We’ll call it ASMRAL (autonomous sensory meridian response to Angela Lansbury).

By the way, Lansbury celebrates her 90th birthday in October 2015. Murder She Wrote remains one of the most successful and longest-running television shows in history, with close to 23 million viewers per episode at its peak. Too bad the team at Adult Swim didn’t get Lansbury to make an appearance in their 80s-esque Too Many Cooks sitcom opener. 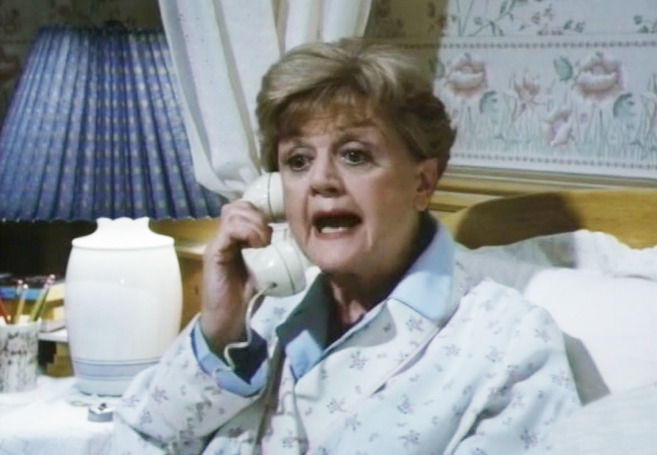 Previous post:
LINKguide (January 14, 2015) Next Post:
This Video Of A Giant Wasp Attacking A Tarantula Will Haunt Your Nightmares For Weeks