Fans of Catherine O’Hara and Eugene Levy are in for some serious good times this year because starting tonight their brand new comedy series Schitt’s Creek premieres its first two episodes on CBC at 9pm. O’Hara and Levy star as Moira and Johnny Rose — he’s a multimillionaire and she’s a soap star. When they lose their fortune they have no choice but to live for free in a dumpy small town they bought years ago as a joke. The series co-stars Dan Levy, who also created the show and serves as executive producer alongside his dad Eugene. Fred Levy, Andrew Barnsley and Anonymous Content’s Ben Feigin also serve as executive producers. The show is also the first scripted series for U.S. network POP TV, the fresh new rebranding of the TV Guide Network, now owned by CBS (the series premieres in the U.S. on February 11th). There’s a very good bet that Schitt’s Creek is pretty damn funny, because Deadline Hollywood is reporting the show has already been renewed for a second season — and it hasn’t even premiere yet! You can check out some clips and featurettes below, and get more info at Schitt’s Creek on CBC. Be sure to also follow the show on Facebook and Twitter. 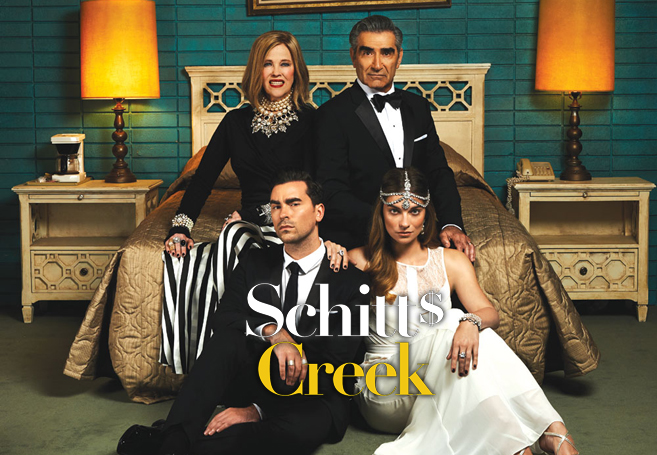